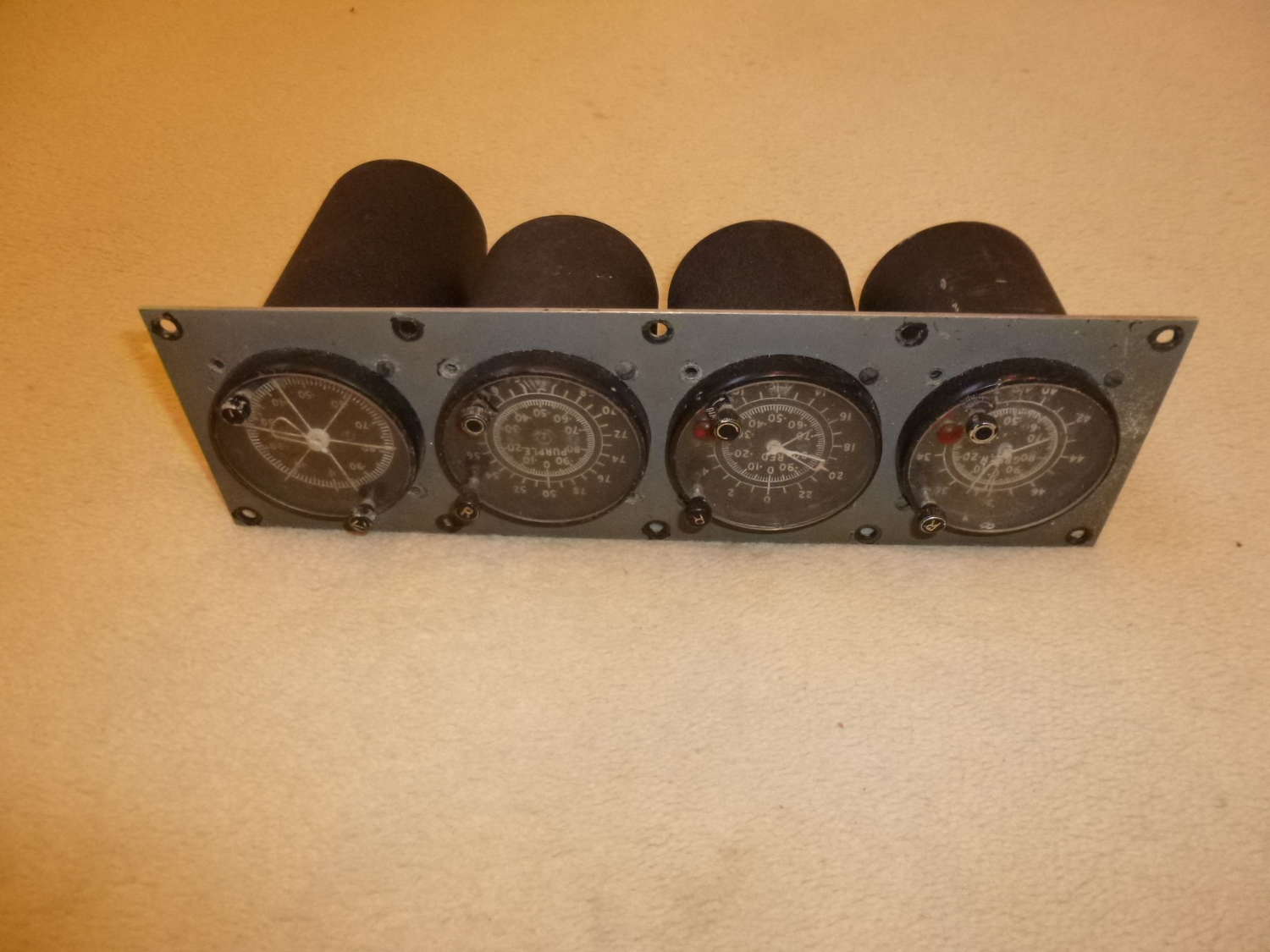 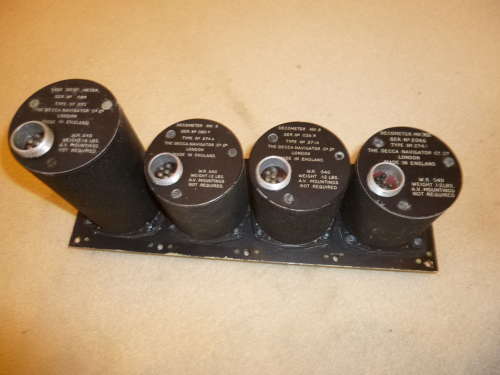 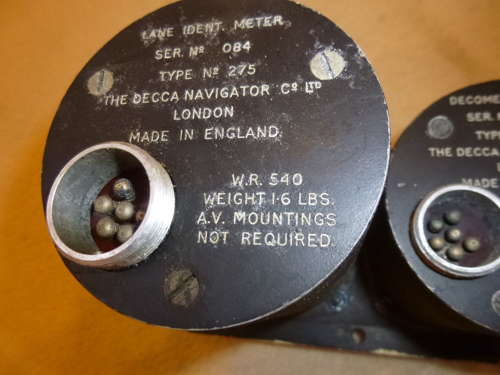 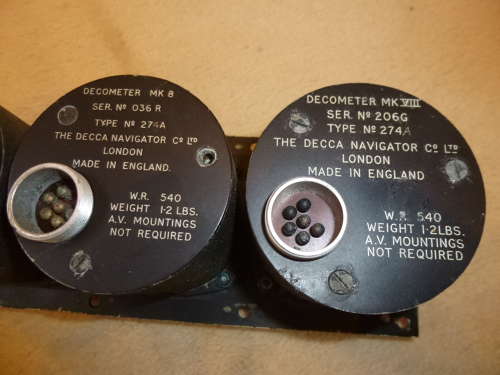 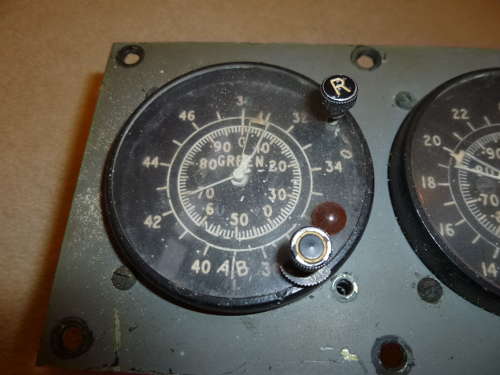 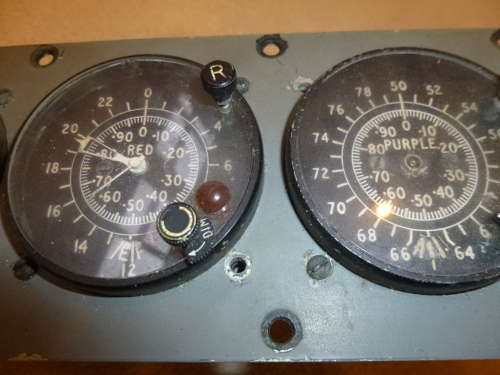 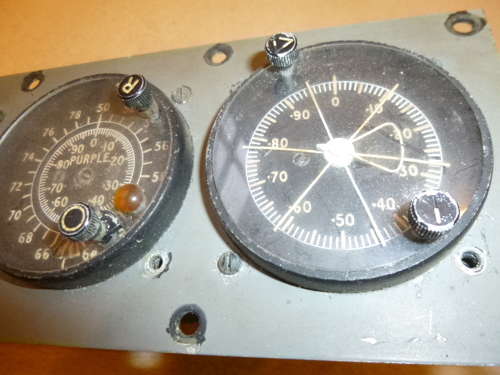 A RAF Decca navigation instrument panel consisting of three Decometer Mk VIII and a Lane Indent Meter. Originally developed in WW2, the Decca system stayed in use well into the 1970's until replaced by Loran and GPS systems. The Mk VIII was used by the RAF in the mid 1950's during "Operation Grapple"; the testing of the first British Nuclear Bombs on Christmas Island. The  panel is in overal good condition but the indicator on the "purple" indicator seems to have vanished.