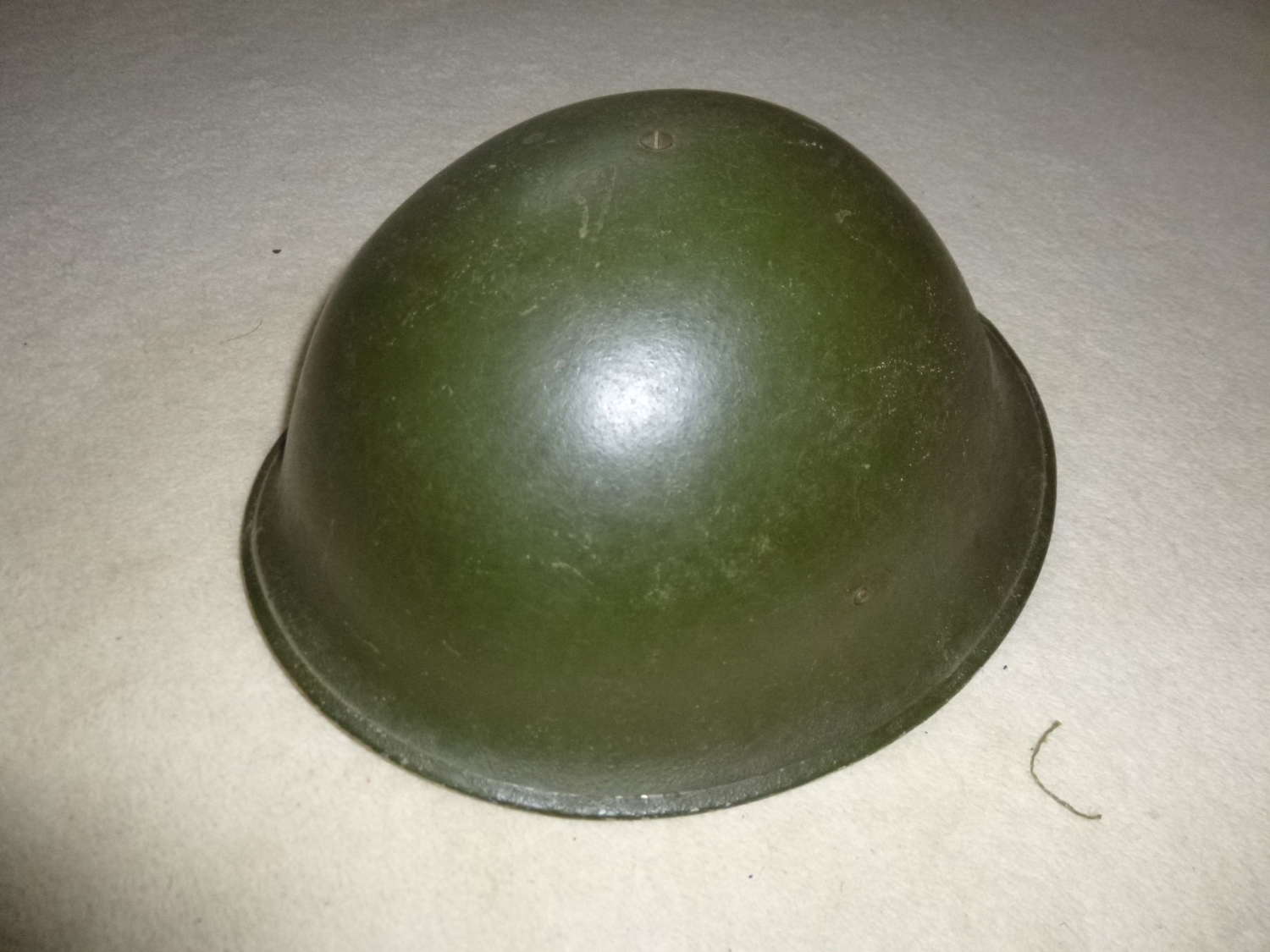 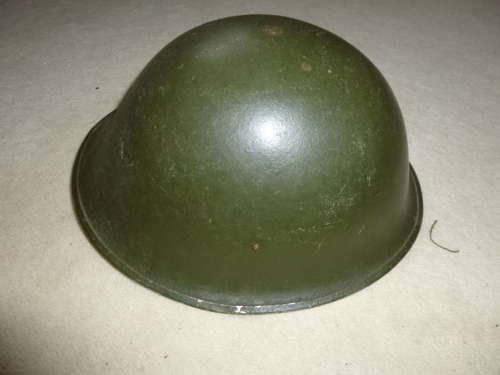 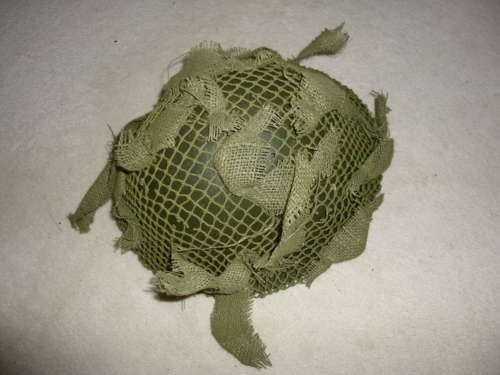 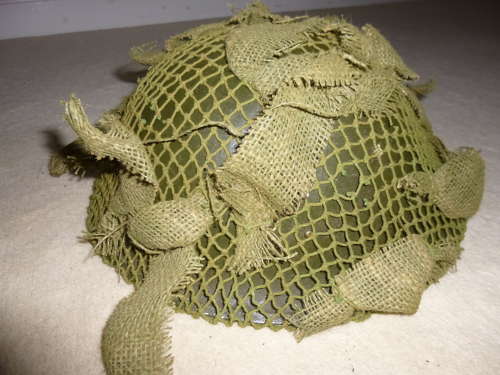 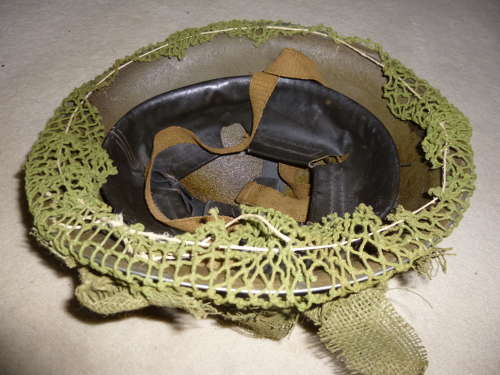 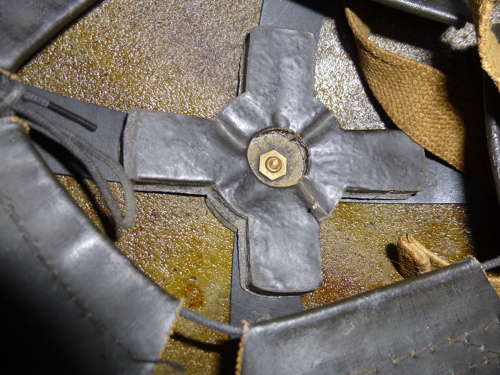 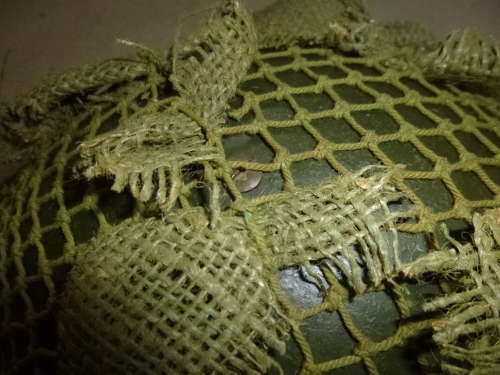 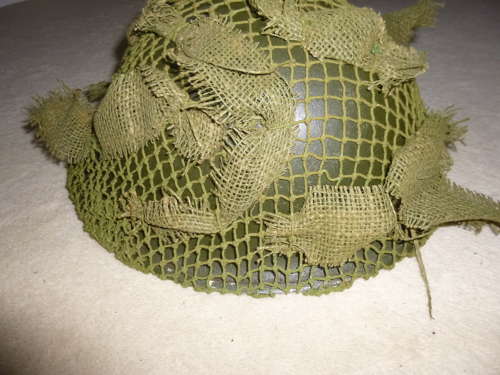 A British Army Mk.III "Tortoise shell" helmet as used in the Normandy D-day landings. The Mk.III was manufactured from 1943 to early 1945 when it was superceded by the similar Mk.IV.  These helmets were issued to the assault troops of the British 3rd infantry division that landed on D-day. They were also issed to the Canadian 3rd infantry division. Good condition, size, manufacturer (BMB) can faintly be read on the liner but the date is unclear. (I have read that the troops were issued these helmets without liner and that they were to insert the liner from their standard tin hat.) It appears that the outside has received a green repaint at some point, as the internal colour is more khaki green. Comes with a green helmet net and burlap scrim.