Are you making a WW2 film or TV documentary which depicts a German HQ or communication scenes? If you are interested in autheniticy, we can probably point you in the right direction. We can simply provide advice or supply authentic Wehrmacht radio stations and train your actors in the correct communications procedures. We can also provide assistance in ensuring the realism and authenticity of the communication elements in your script. We can provide authrentic radio setups from simple portable radio telephones to Divisional HQ radio setups. We currently have two original fully equipped HQ radio vehicles in the collection and a variety of stationary and portable radiostations, aircraft and tank radios. The photographs below may give you some ideas on how the equipment might be build into a set or how it could work in a scene. Please contact us via the contacts page to find out how we may enrich your TV or movie production. 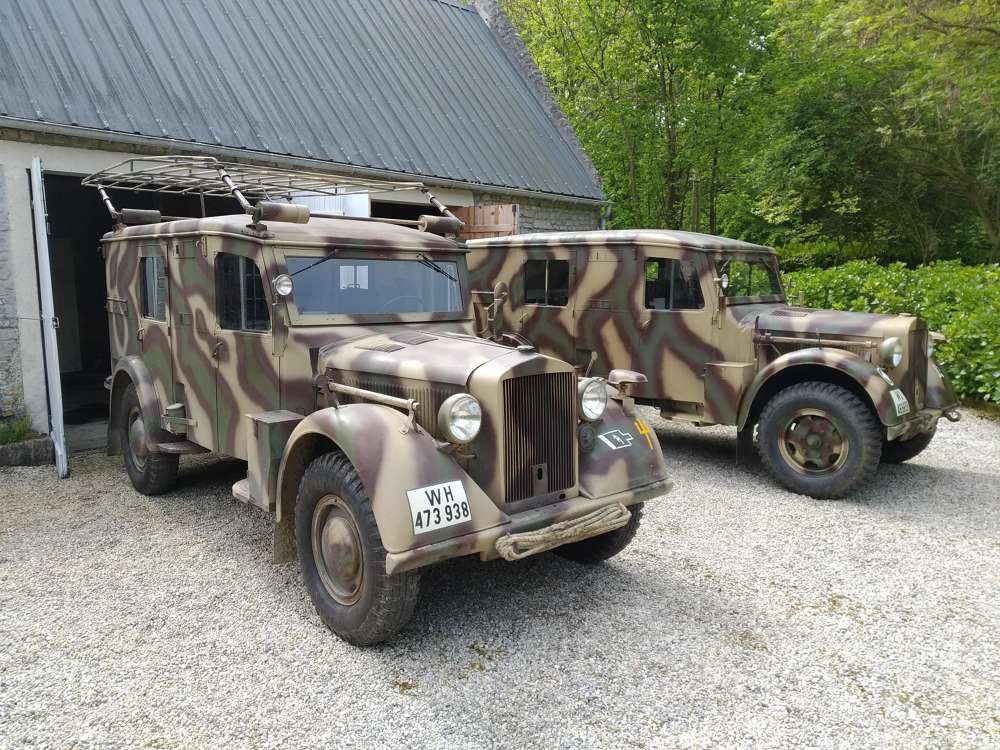 The Kfz17 and Kfz17/1 radio trucks complete with radios, antennas and associated equipment. Both vehicles can be driven and are finished in Normandy three tone camouflage pattern. 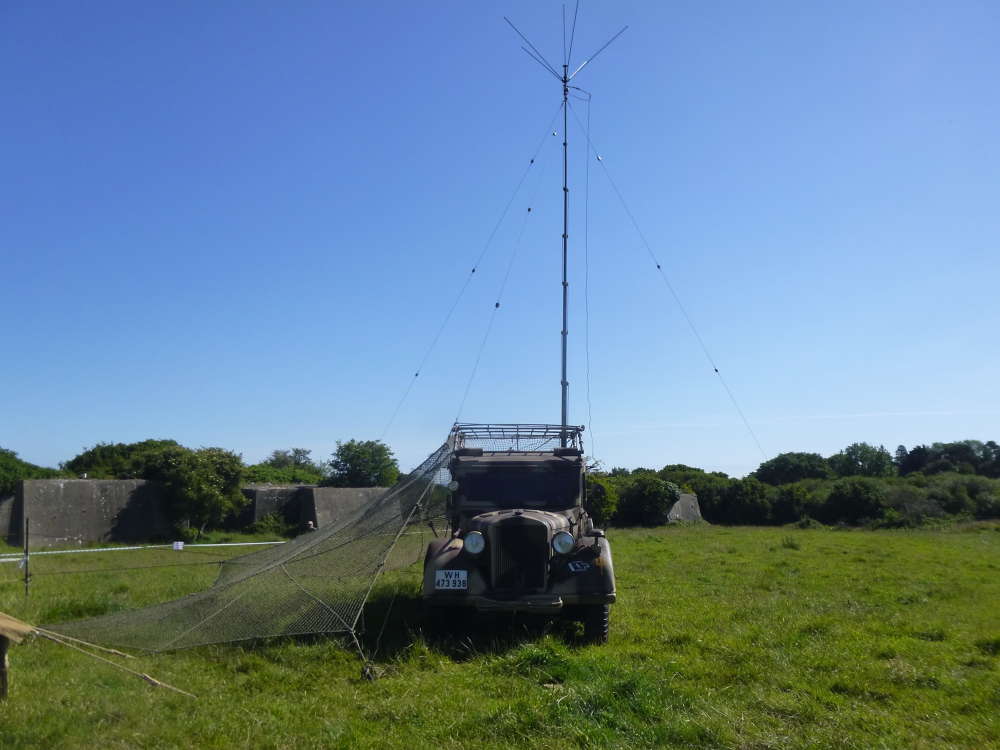 The Kfz17 set up stationary with extended antenna and camouflage netting. This is how the vehicle would have operated while set up at a Divisional HQ. 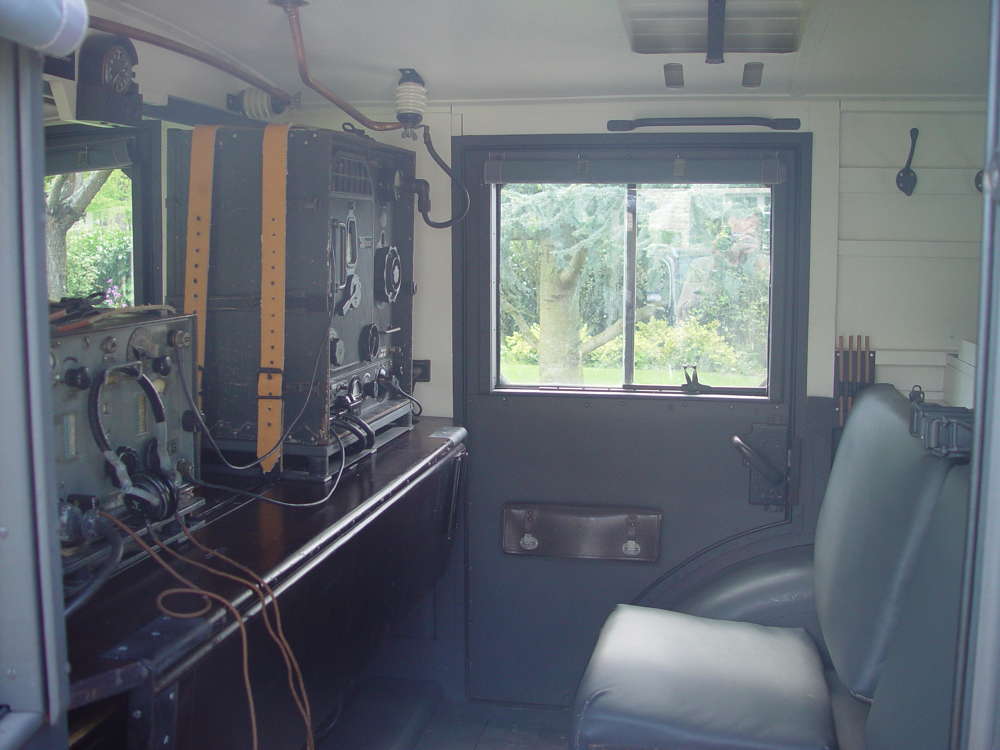 The radio station inside the Kfz17. Two radiomen would have worked here to transmit and receive radio traffic. Messages would have been passed on via telephone or picked up by a messenger. 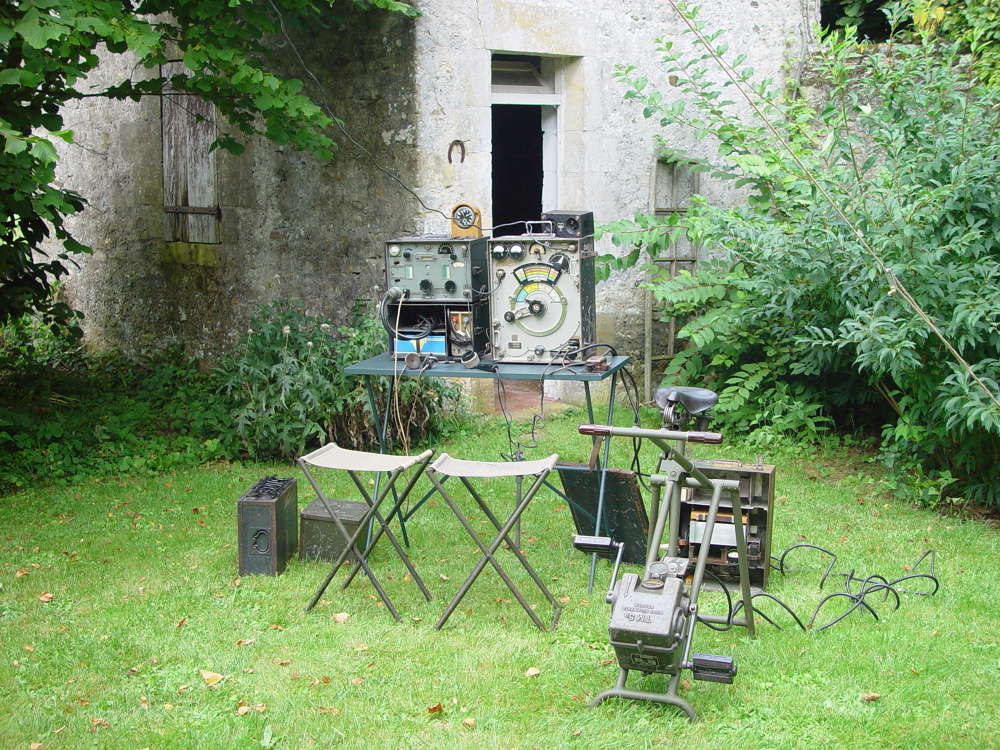 A complete battalion HQ field radio setup. This station would have been manned by 3-4 soldiers manning the radio and the pedal generator. 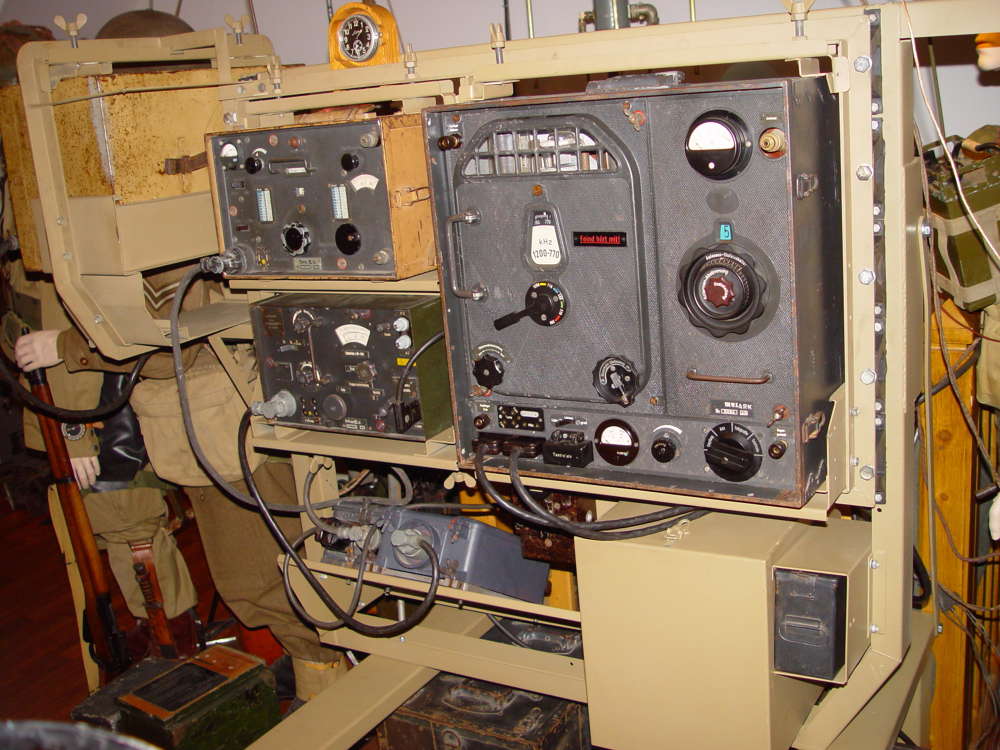 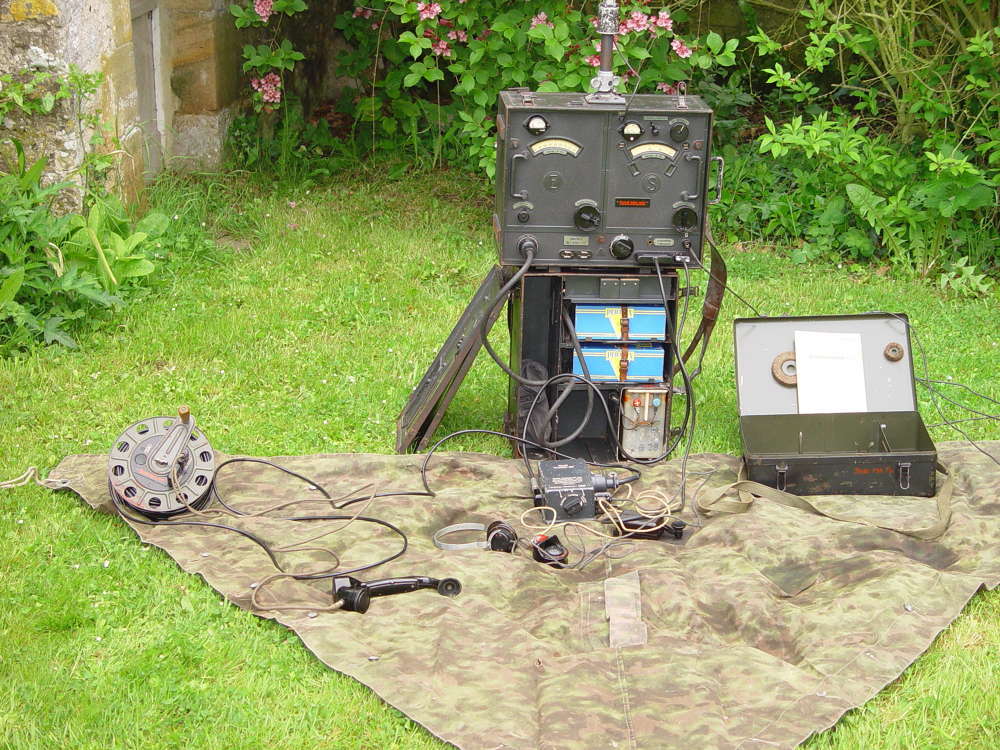 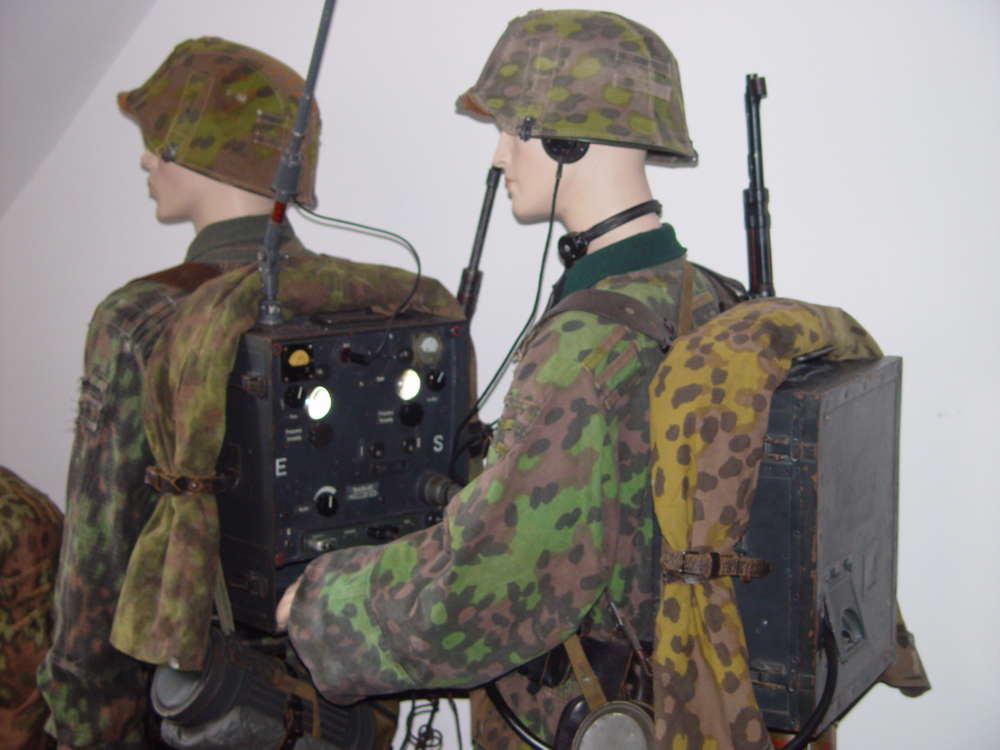 A complete portable infantry mobile radio station. These radios would have been used to connect infantry platoon battalion commanders. 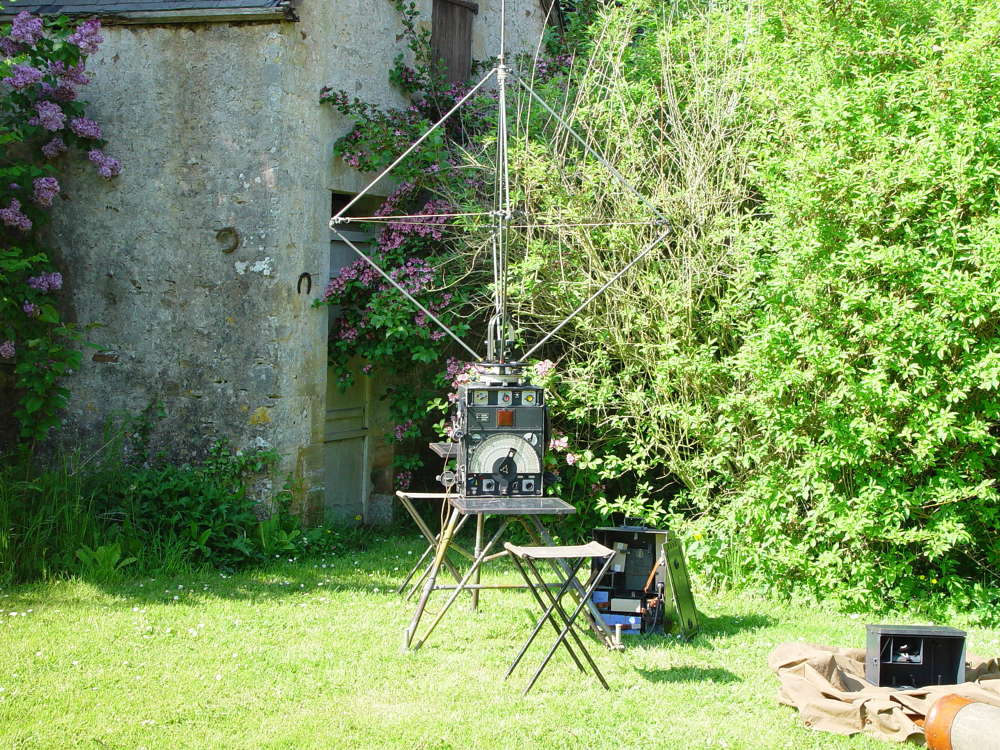 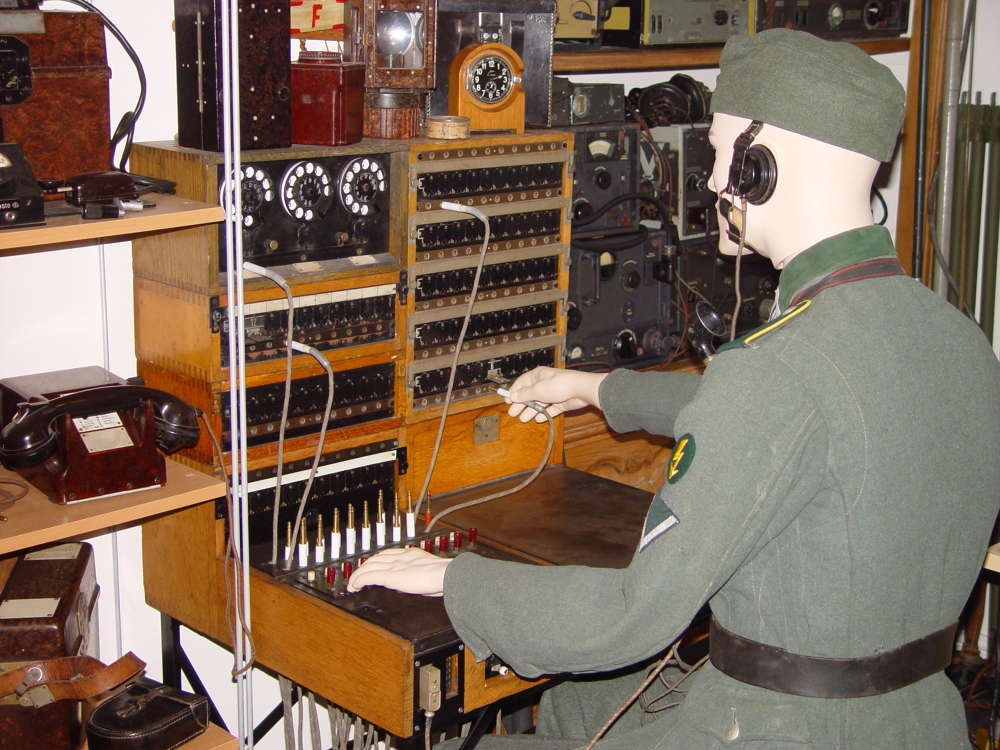 An impression of a HQ field telepohone switchboard in action 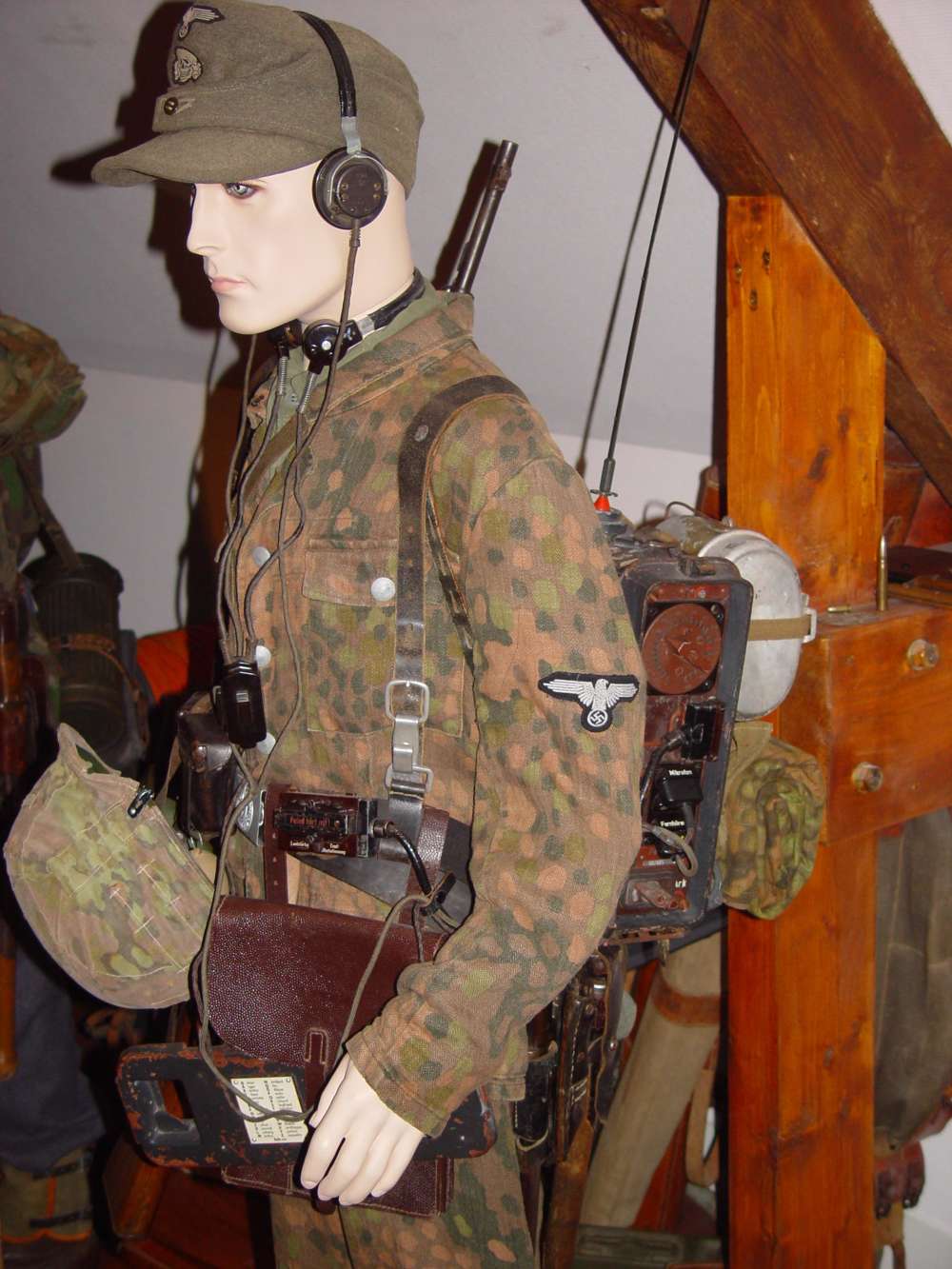 An impression of a portable radio telephone in use. These radios would have been used by company commanders to communicate with the platoon commanders. 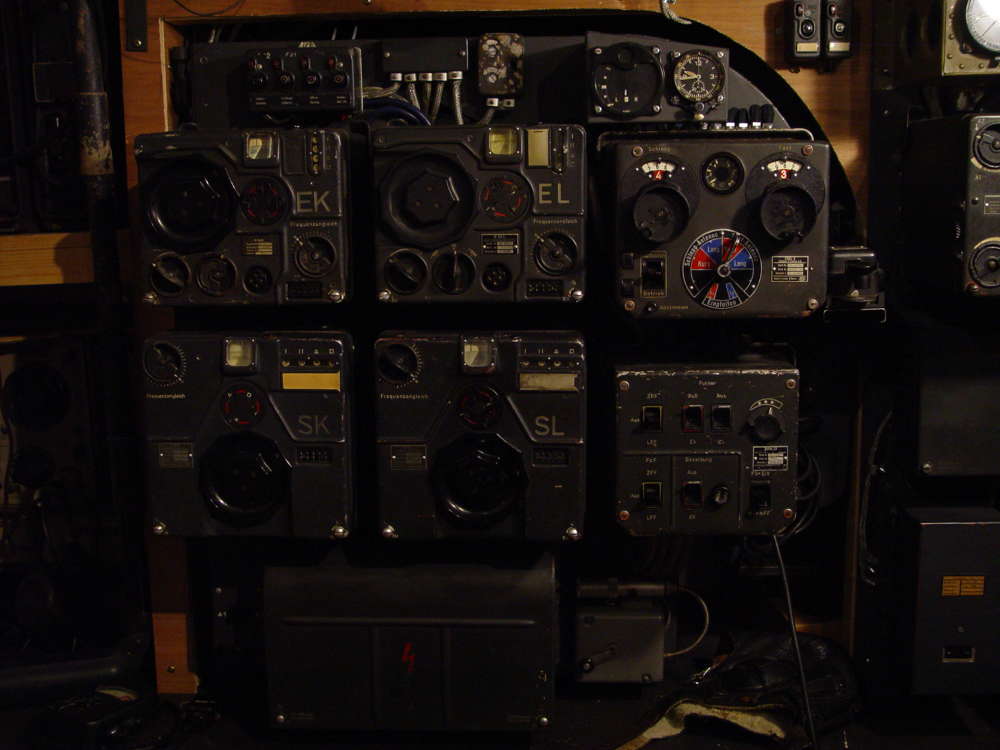 A complete Junkers Ju88 bomber radio installation as used during the Blitz. Radio communications and navigation signals such as the secret Knickebein signal can be simulated. 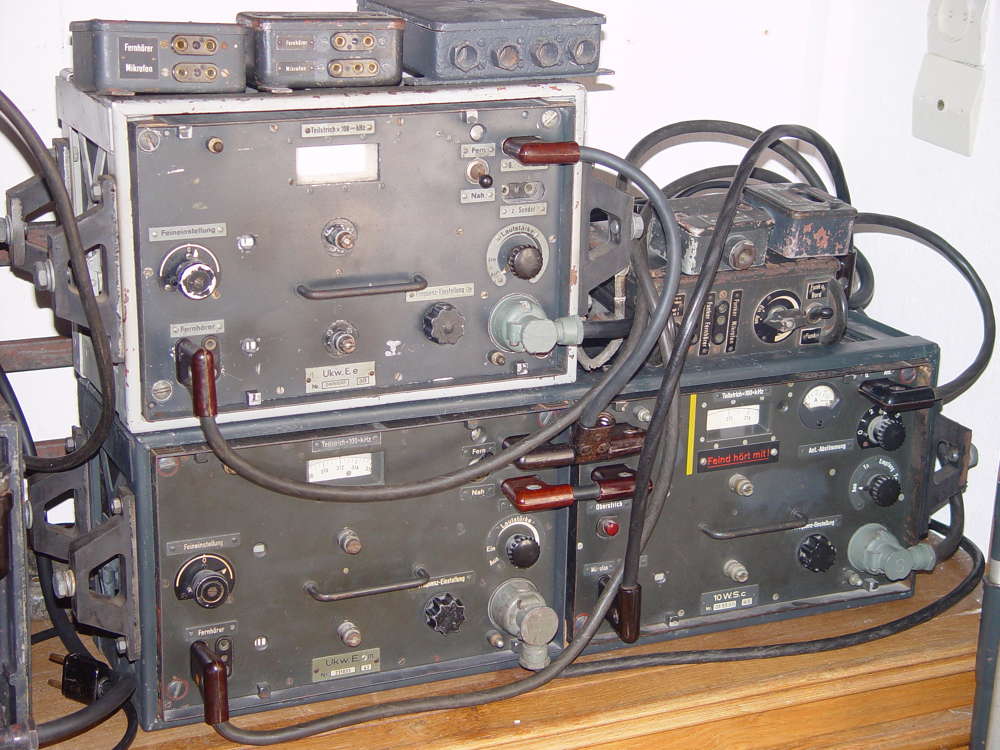 A complete tank radio setup. This radio installation was fitted to all German tanks like Pz.IV, Panther and Tiger tanks. The exact mounting configuration would be dependent on the specific type of tank. The radio operator would use morse code while stationary and voice commands while on the move.