Despite being very busy manning the exhibition of radio equipment, we managed to join the "Colonne Notek" for the day. "Notek" refers to the blackout/convoy lights used on WW2 German vehicles, so the "Colonne Notek" was a gathering of German WW2 vehicles only. We managed to get about 75 vehicles together, no doubt the largest gathering of German WW2 in Normandy since the war! We assembled at the Manoir de Donville (famous for the "Bloody Gulch" battle of the "Band of Brothers") and set out through the beautiful Norman countryside. Our midway stop was at an open stretch of water, so we could get our fleet of Schwimmwagens (!) to have some fun. After passing through St Marie du Mont and Carantan we ended up at Catz, where we met up with some German armour courtesy of the Saumur Museum. 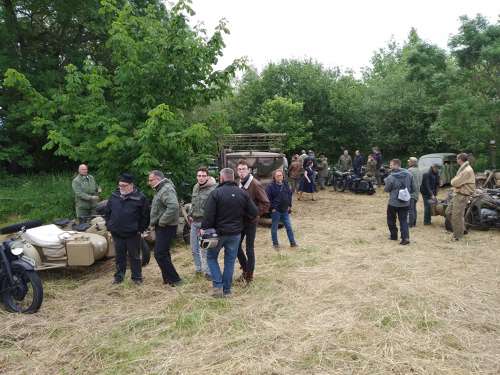 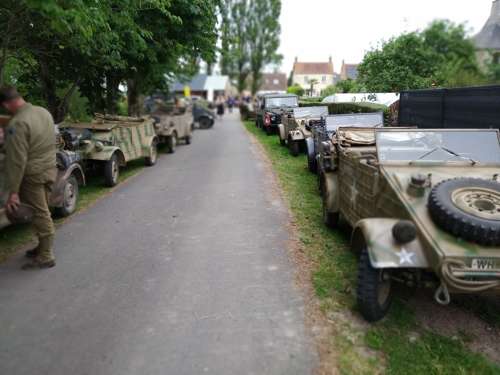 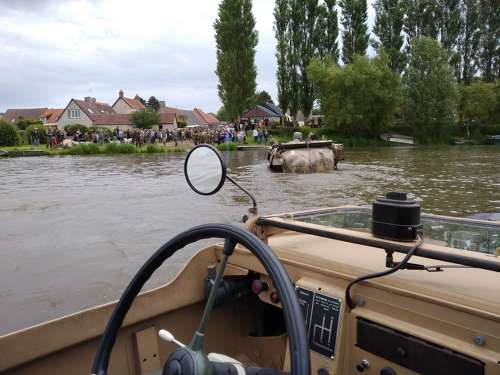 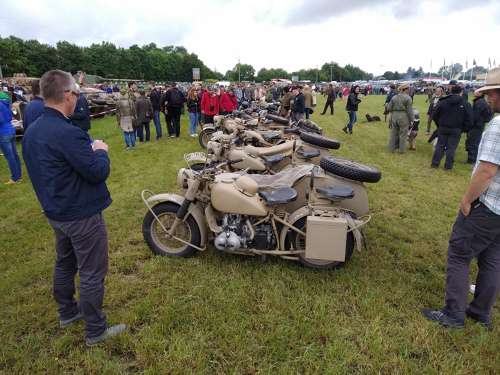 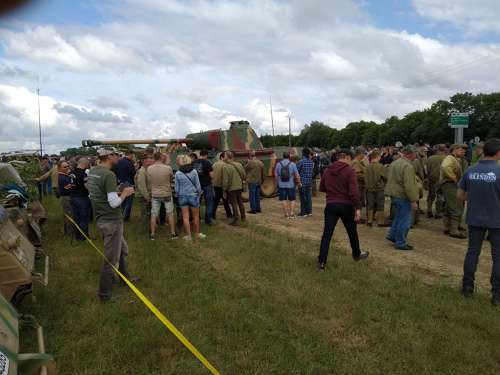