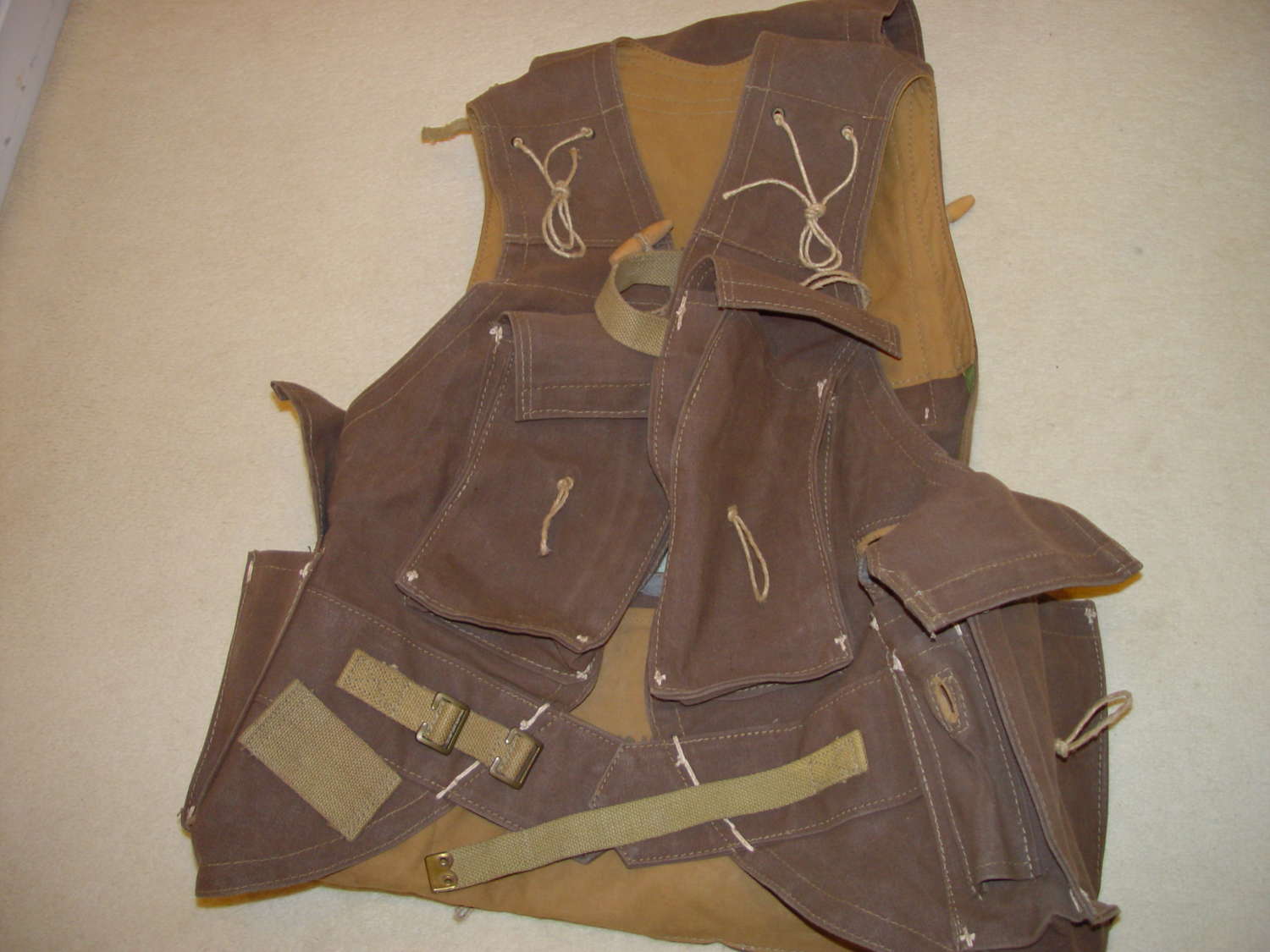 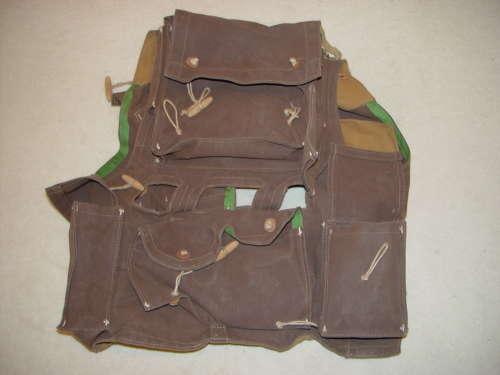 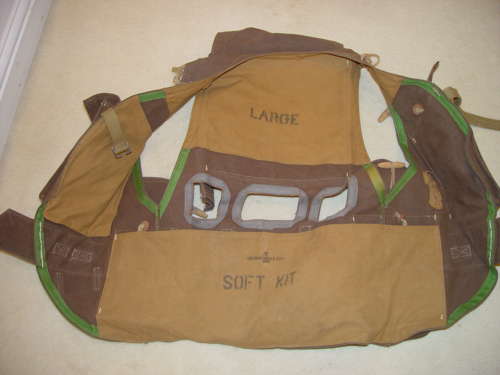 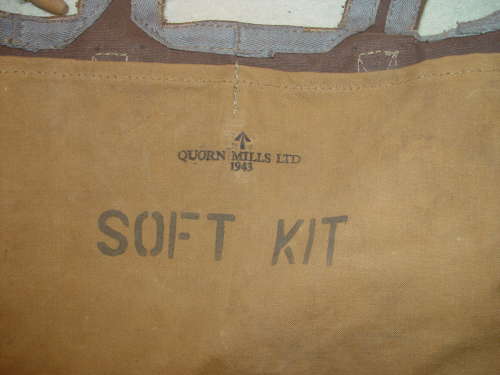 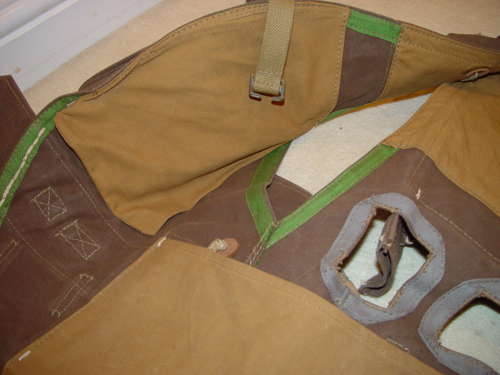 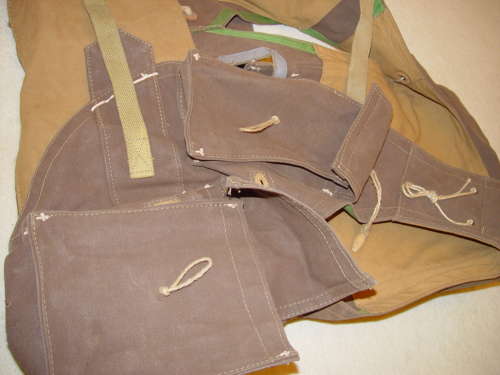 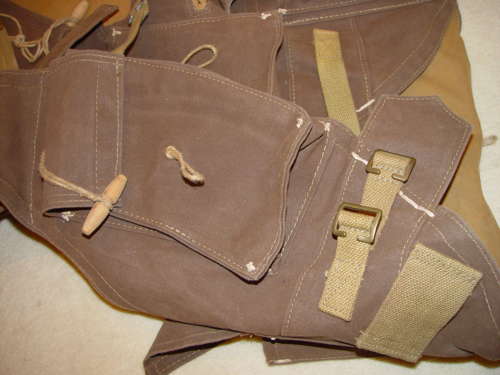 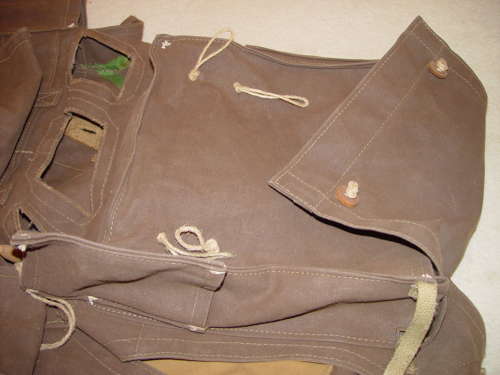 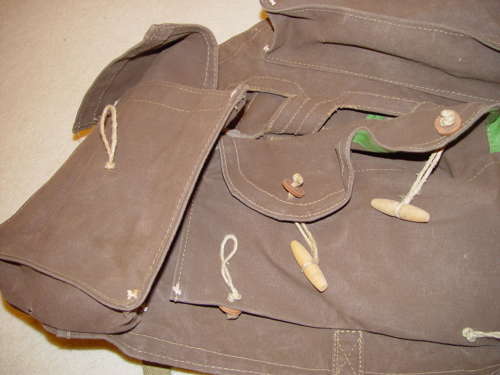 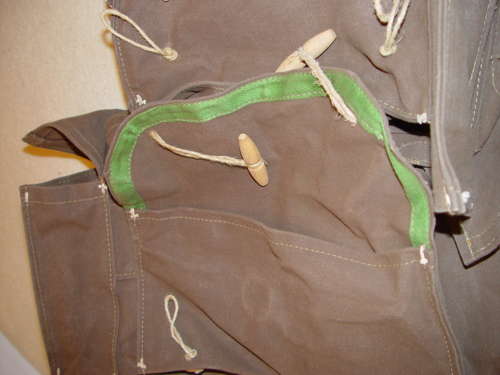 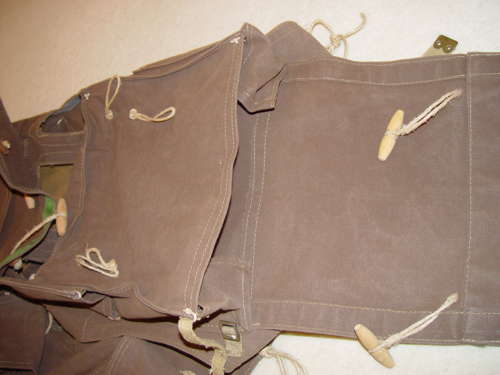 This is a copy of British/Canadian Army D-day assault vest. These vest were specifically developed for seaborne assaults, the idea being that the complete equipment could quickly be discarded in case the soldier found himself submerged under water. The assault vest is made from heavy canvas with rope and toggle closures that could still be handled when soaked. Separate pockets were provided on  the assault vest to hold all the soldiers equipment and ammunition, loops were provided to attach the standard "pig sticker" bayonett and a hatchet. These vests were made in limited numbers, On D-day, these vests were issued to the first wave assault troops only. It is maker marked and 1943 dated and is a Large size (they were manufactured in Small, Medium and Large). This was sold as rare original in the 1990's but is now believed to be copy.