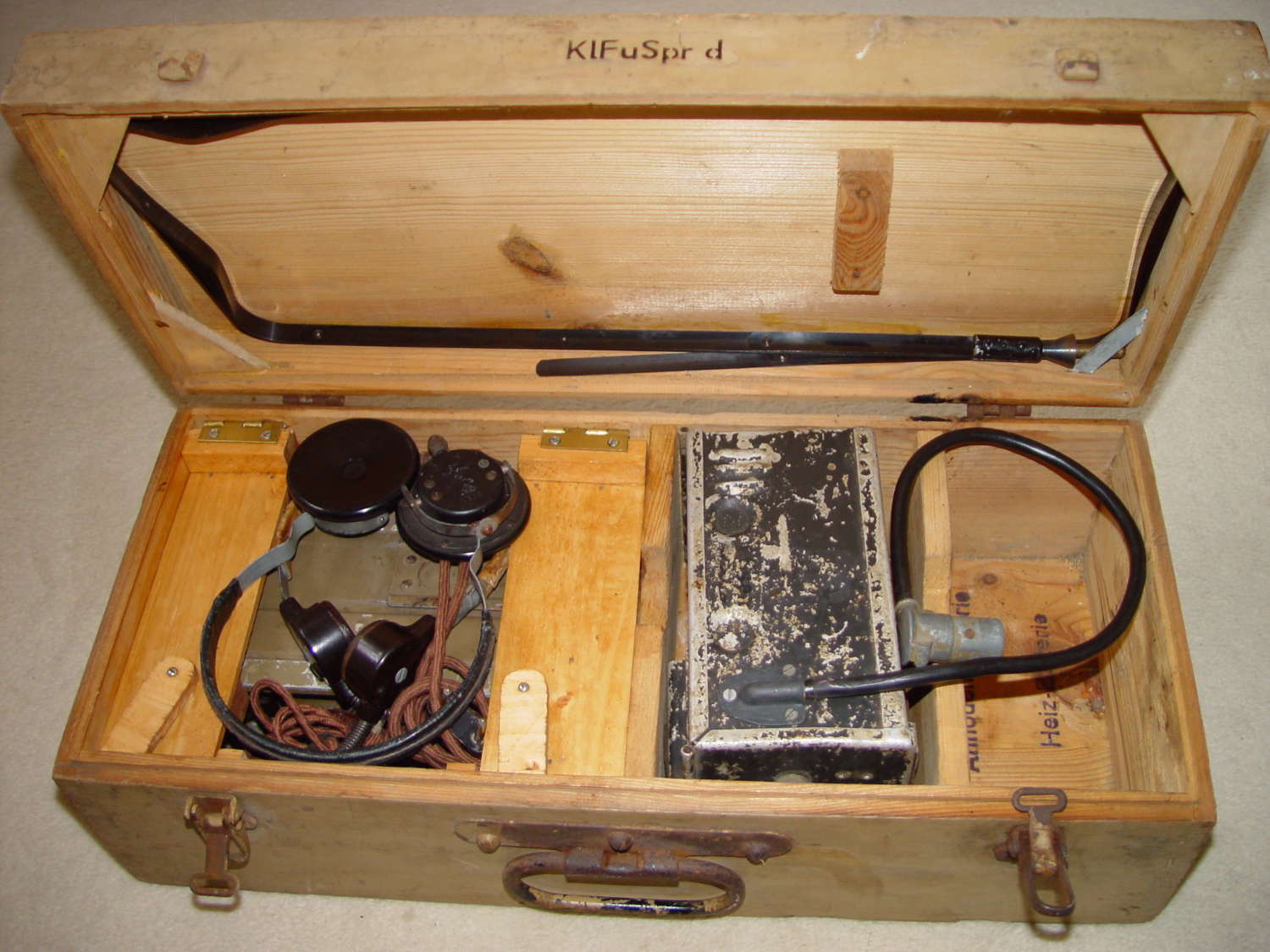 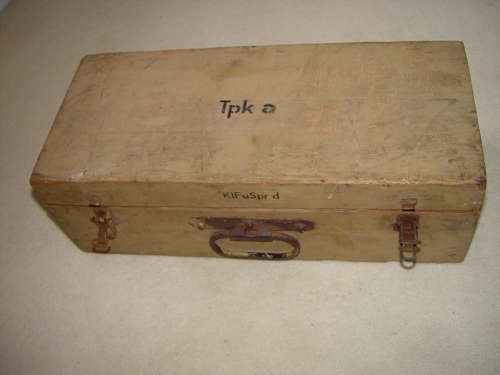 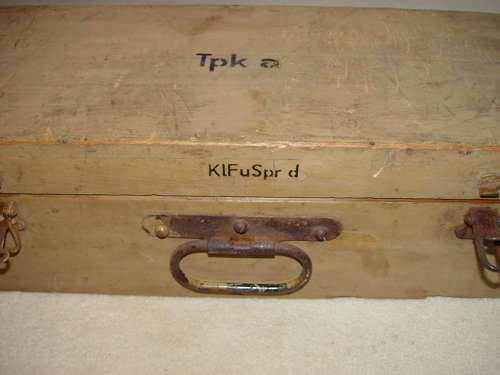 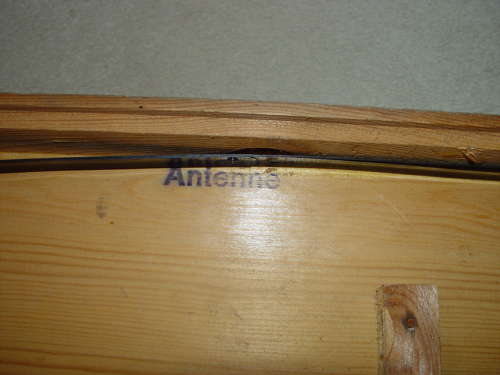 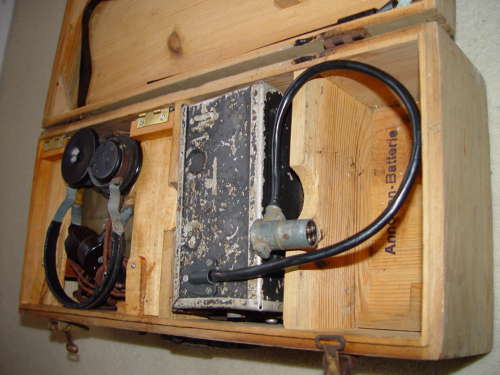 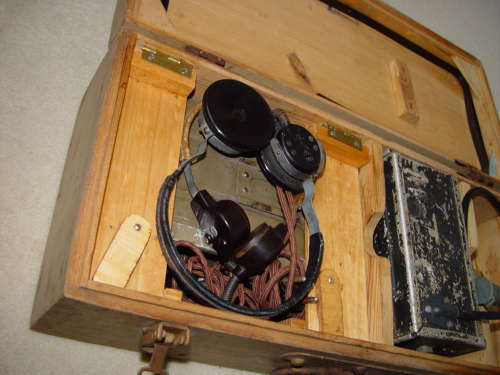 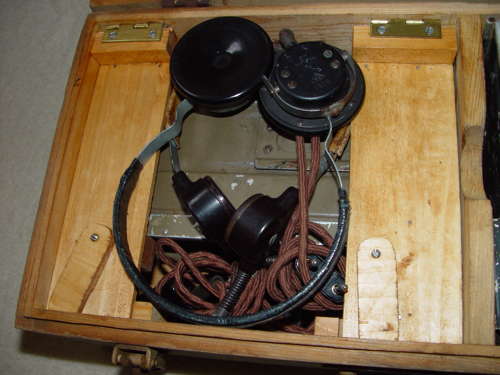 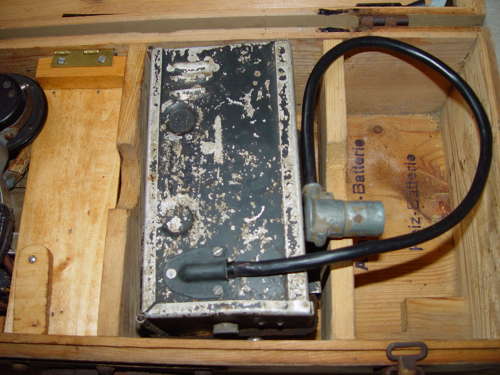 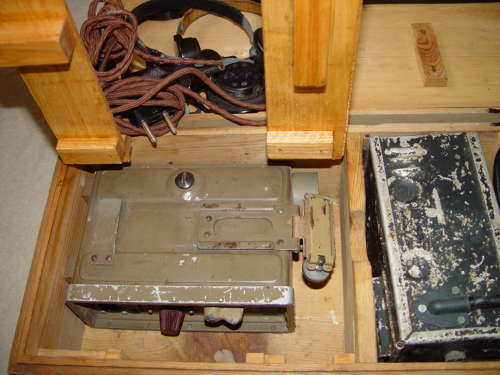 This is a virtually complete German Army KlFuspr.d "Dorette" radio in its storage box. The Kleinfunksprecher d was developed by the Philips company towards the end of the war and was the smallest portable radio set produced by the Germans. It was a VHF set and operated from 32 to 38 Mhz. This frequency band included the band used by the standard infantry Torn.Fu.d2 set and was extended to include the frequency used by the German Fu5 tank radio set. This meant that the "Dorette" could not just serve in standard infantry radio nets, but could also be used to coordinate with supporting Tanks. Production of the Dorette was interupted and relocated several times due to the Allied bombing campaign, early production examples were finished in dark grey with later production finished in various shades of ordnance tan. The "Dorette" was issued  and used in the final months of the war but most survivors come from unissued stocks found at the end of the war. The radio itself is small and light enough so that it can be suspended by the standard "y-straps" worn by the infantry soldier. A battery box could be clipped onto the radio when used stationary or could be worn separately on the belt by the infantry soldier. An antenna, throat microphone and headset complete the set. When not in use, the set was stored in a wooden "Transportkasten a" storage box. As is common, the only bit missing from this set are the two batteries. Here is a very rare opportunity to purchase a complete KlFuSpr.d "Dorette" radio set.