The Patin PKS11 "Kursteuerung" was one of the standard autopilots used by the German Luftwaffe in WW2. Originally developed as a full 3-axis "PDS" autopilot, it was mainly applied as a single-axis directional control. Most autopilots used by the Luftwaffe in WW2 only controlled the directional stability; in most cases the aircraft's design ensured sufficient roll and pitch stability and were left under the pilot's control. The directional ("Kurs") control achieved by the German autopilots reached a high level of sofistication during the war, allowing them to use automated directional control in ever faster (and less stable) aircraft designs, culminating in the first "fly-by-wire" systems used to counter instabilities beyond human pilots' control in late war fast jets.  The Patin PKS11 represents the state of the art of around 1940 and the SK11 "Steuerkasten" is the central unit of this autopilot. It was used on late versions the Ju88 (and its successors, Ju188 and Ju388) Ju 252, Ju 352, Ju 290, Me 210, Me 264, Me 410, Si 204, Do 217 and Do 335.

The key components in the "Steuerkasten" are the rate gyroscope and the signal mixing "computer". The rate gyro is a fairly complicated design so that it not just measures purely rate of turn, but also a measure of angular accelaration. It is also placed at a slight upward angle so that it becomes slightly sensitive to roll of the aircraft. The output signal of the rate gyro is mixed with signals from the gyro compass, feedback circuit and turn control to provide a steering signal to the rudder servo. The mixing of the signals is achieved in a electro-mechanical steering relay, essentially a  galvanometer with multiple input windings. The sensitivity of the relay is further increased by feeding it with a 50 Hz wobble frequency, generated by a small motor-generator.

The photographs show the restored unit side to side with a completely original condition unit for reference. The main difference is in the capacitors used as a replacement for the original type and the missing lid for the tuning resistor compartment. Other than that there are some slight differences in finish due to manufacturing variations. The unit was tested in a full PKS11 test rig and is once again fully functional. 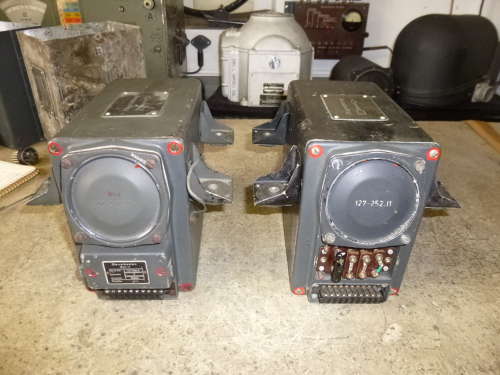 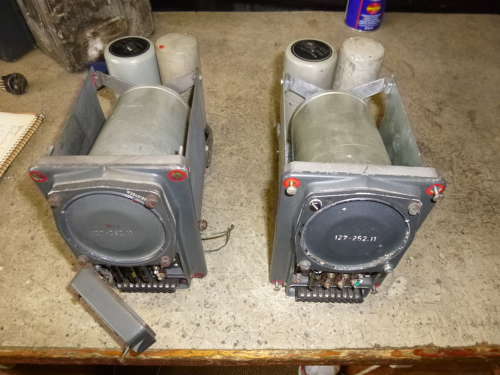 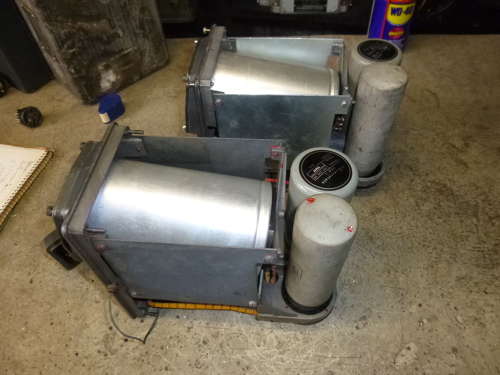 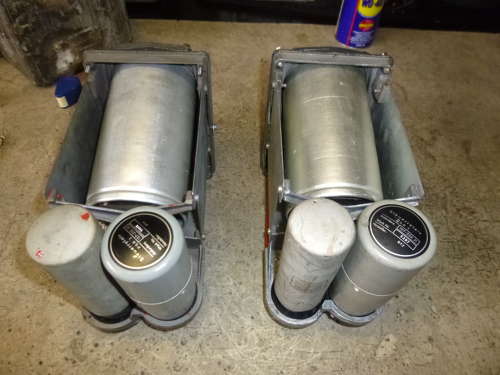 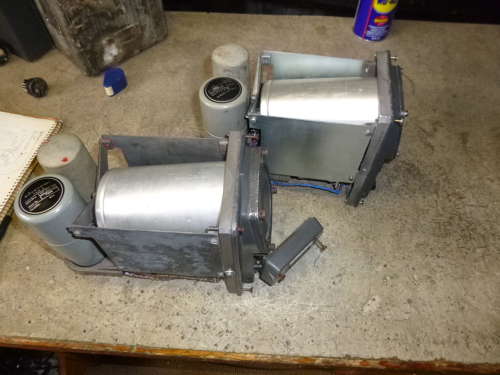 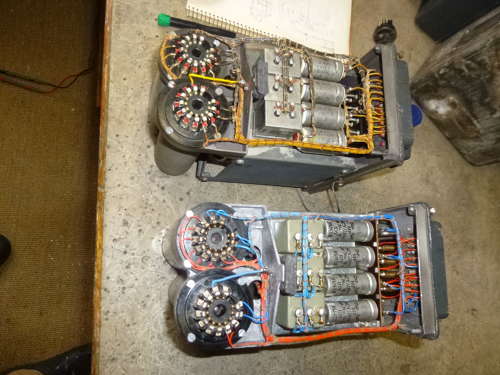 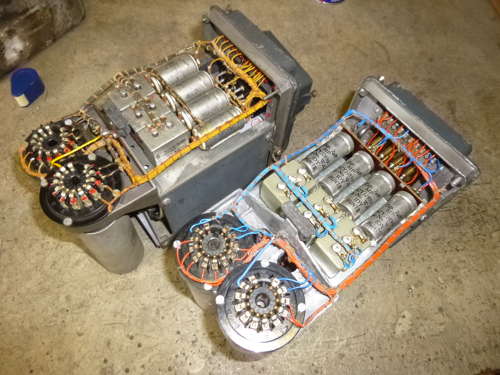 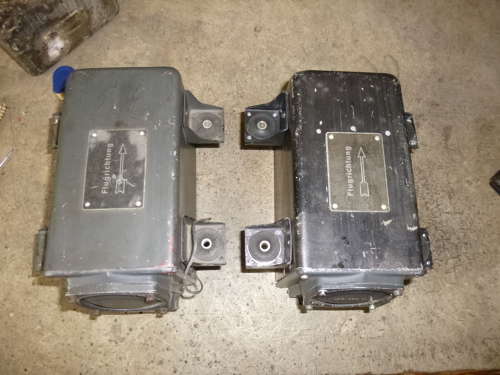 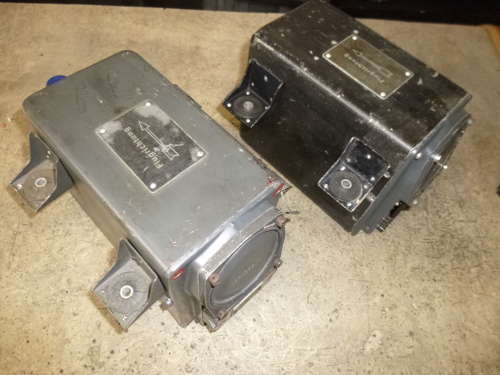 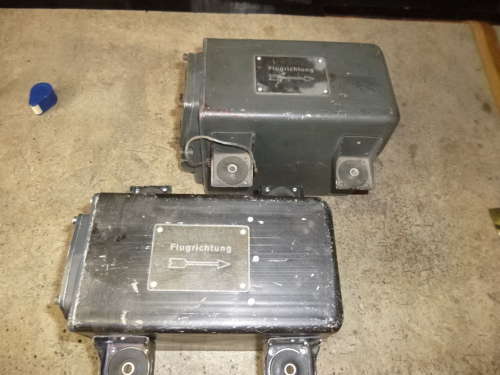