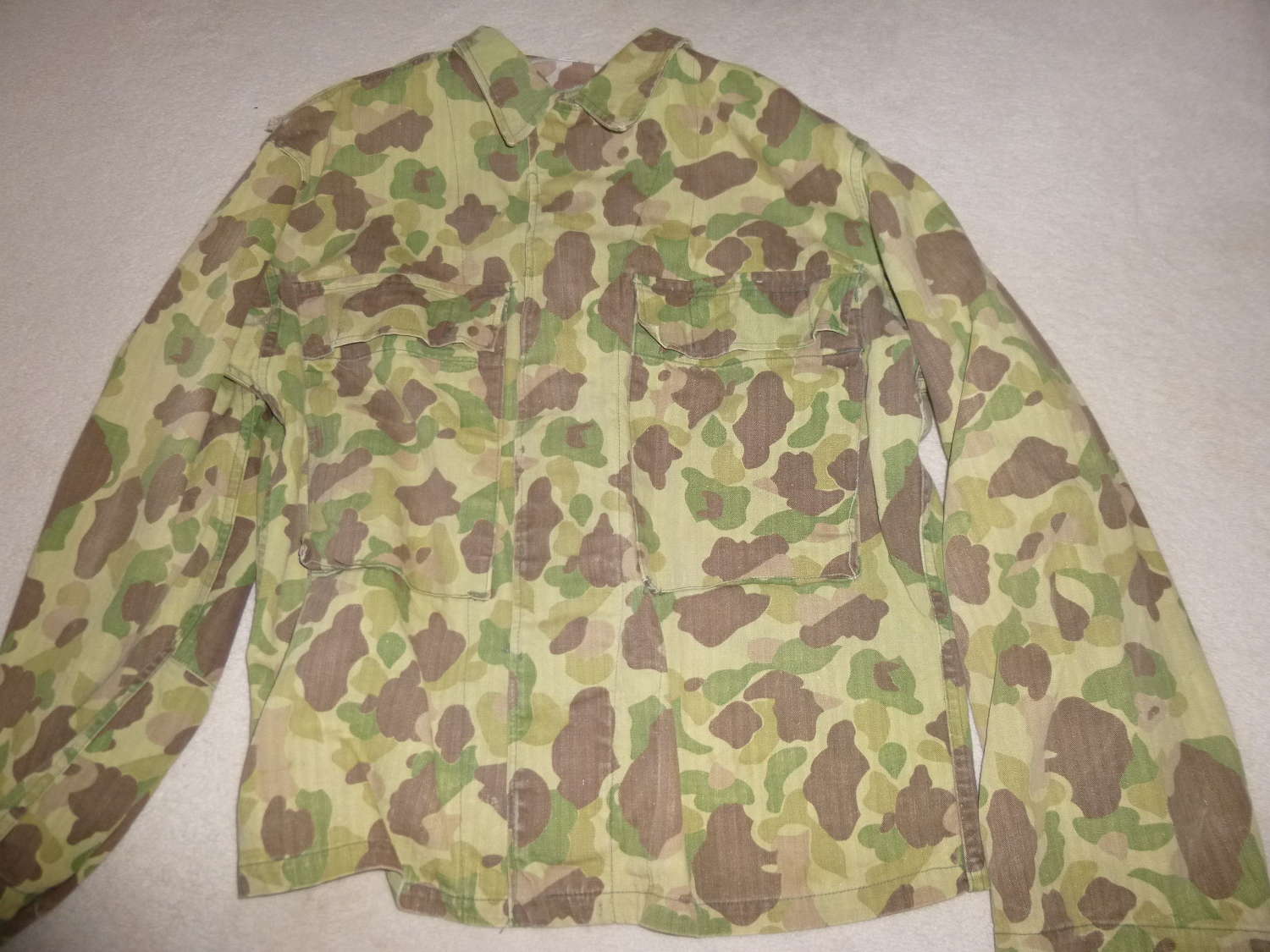 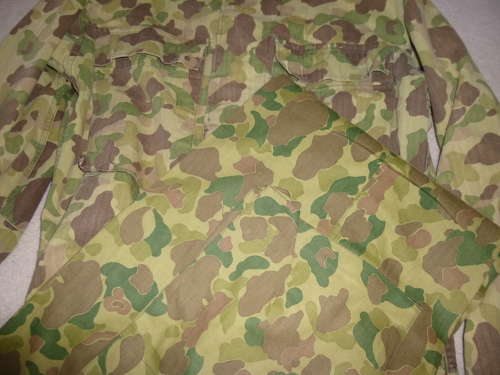 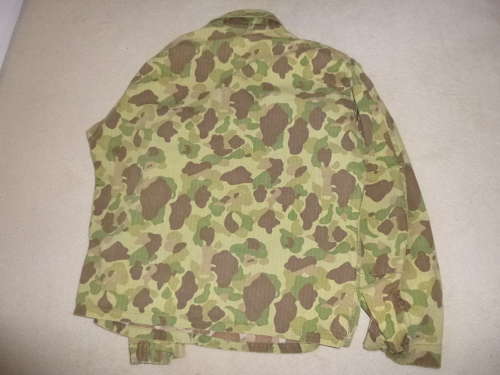 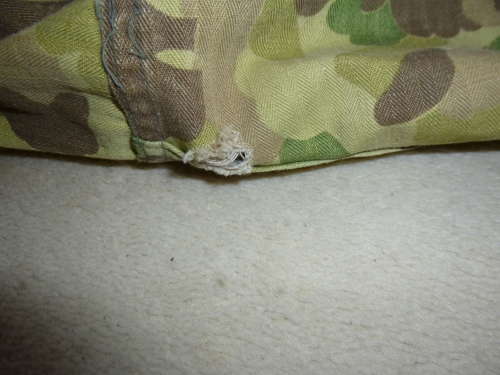 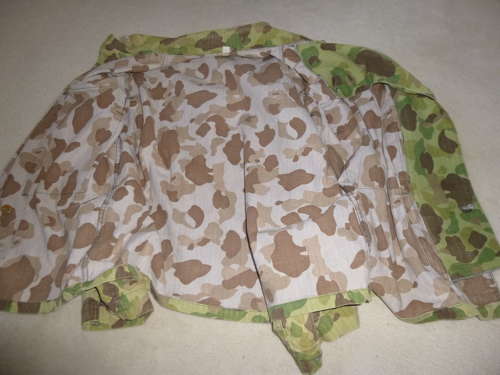 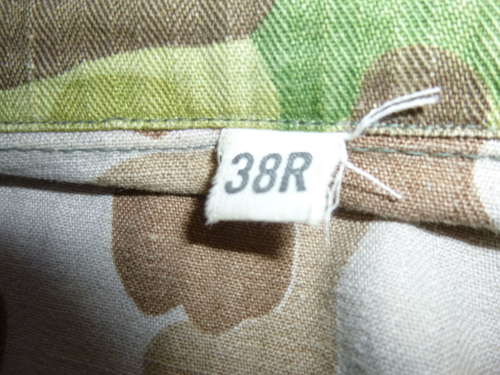 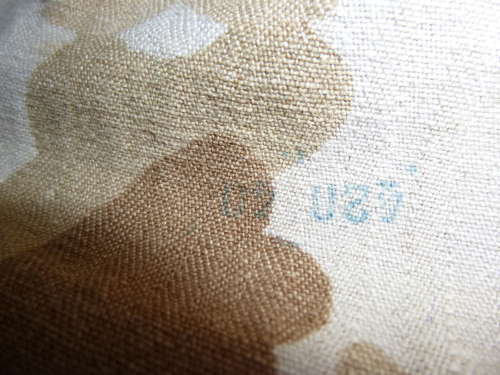 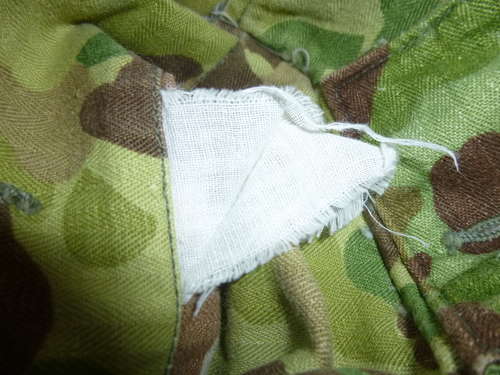 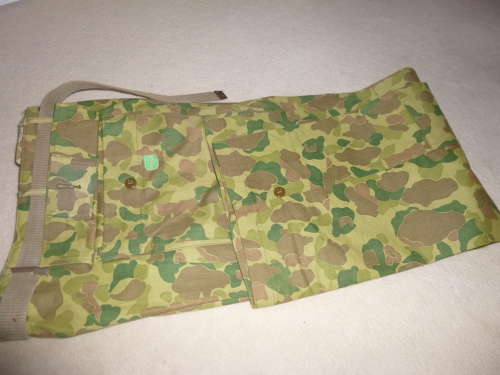 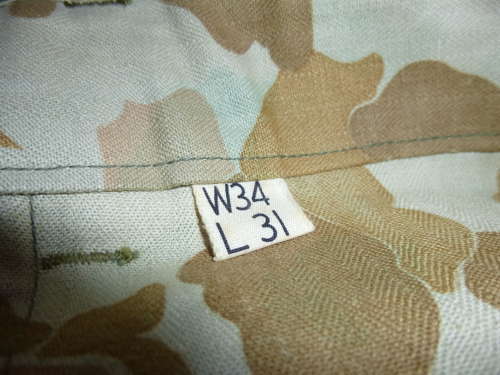 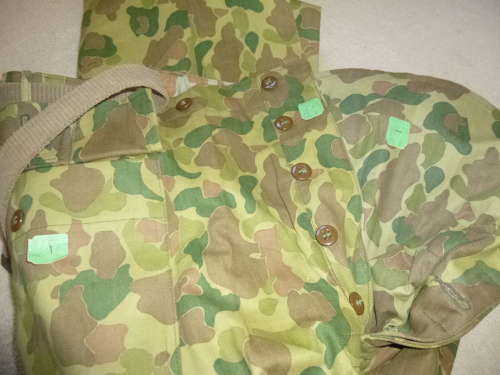 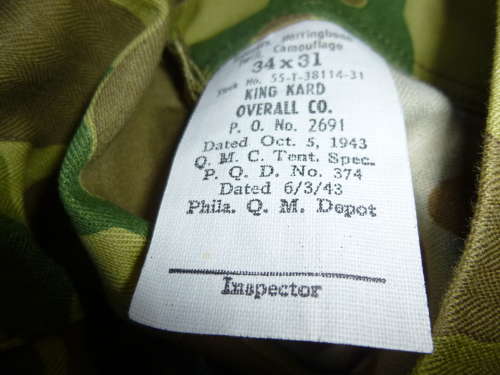 A US army two-piece HBT camouflage suit, not to be confused with the USMC version. The US army version was used for a short period during the "Cobra" offensive in Normandy by the 2nd armoured divison and some units in the 30th Infantry division. The troops wearing the camoflage suits were sometimes confused for SS troops by other US units and some "freindly fire" incidents ensued. The jacket and trousers are slightly mismatched in that the jacket is a worn example while the trousers are stone mint. I have had them on a dummy and with equipment on you don't notice the difference too much. The white tag is washed out on the jacket but intact on the trousers. One small nick on the shoulder of the jacket. The trousers still contain a number of cardboard taylor's tags.