This is the remote channel selector for the FuG16zy aircraft radio. The selector was placed in the cockpit (in the Bf109 in the right bottom corner of the instrument panel on an extension bracket). The selector could select one of four channels which then operated the remote control units fitted to the FuG16zy radio.  Channel 1 was reserved for operating the "y" radio location system and was indicated in green; the other channels (indicated in red) could be used for radio communication and direction finding ("Zielflug"). Towards the end of the war, a number of different variations of this switch were used. This particular variation was commonly found in the Messerschmitt Bf109 and Me262 models. The switch is in very good and servicable condition. 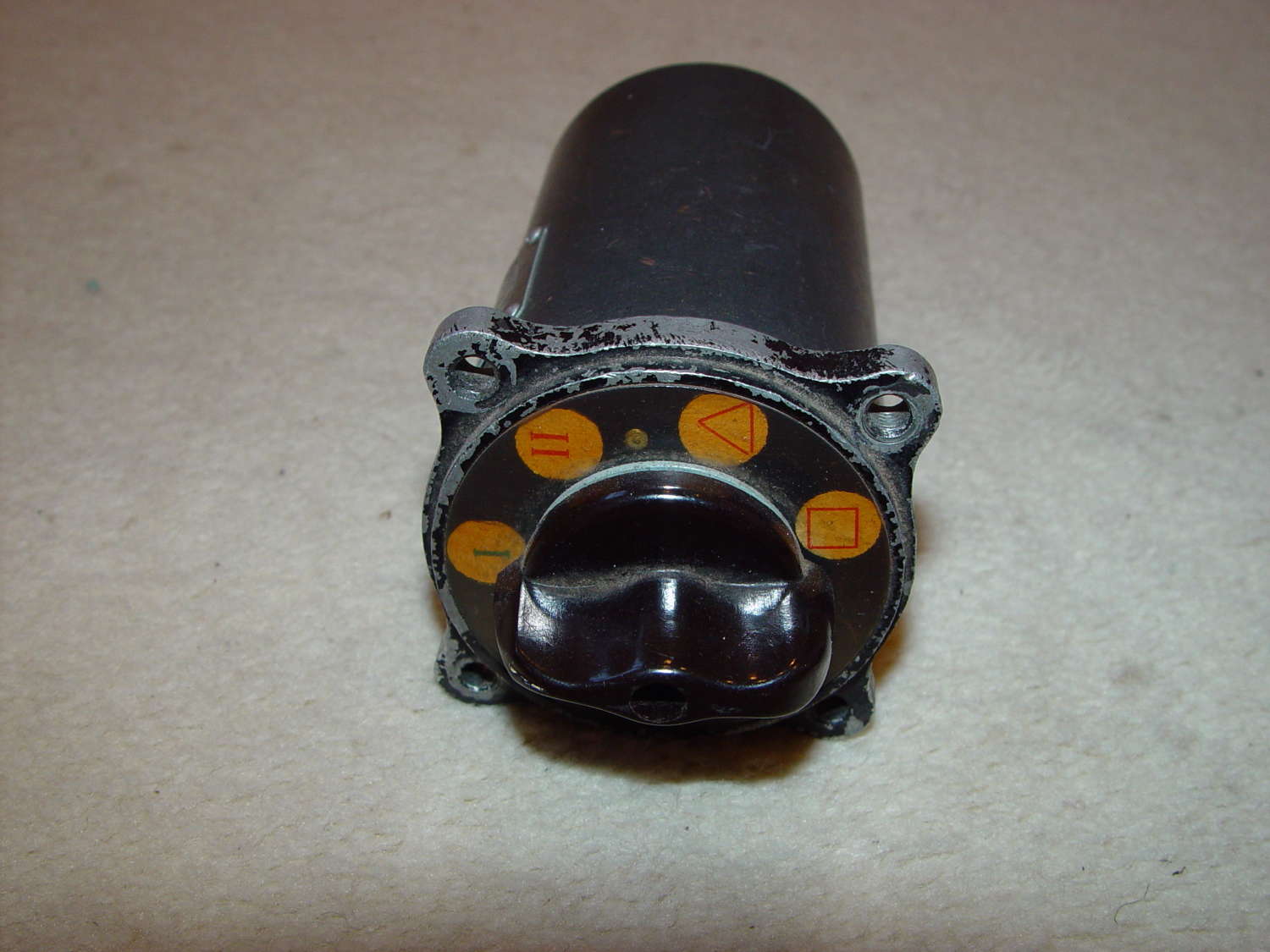 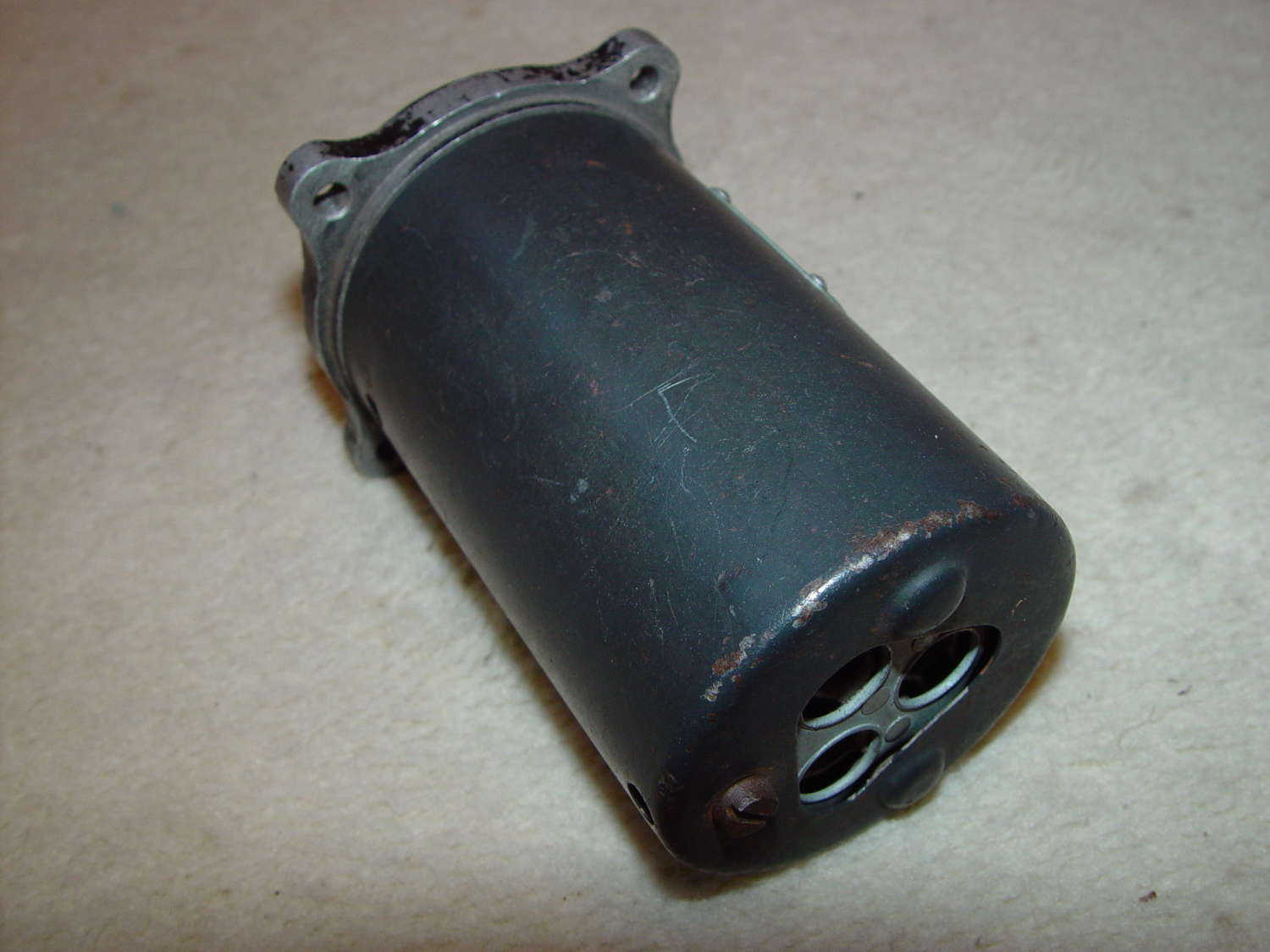 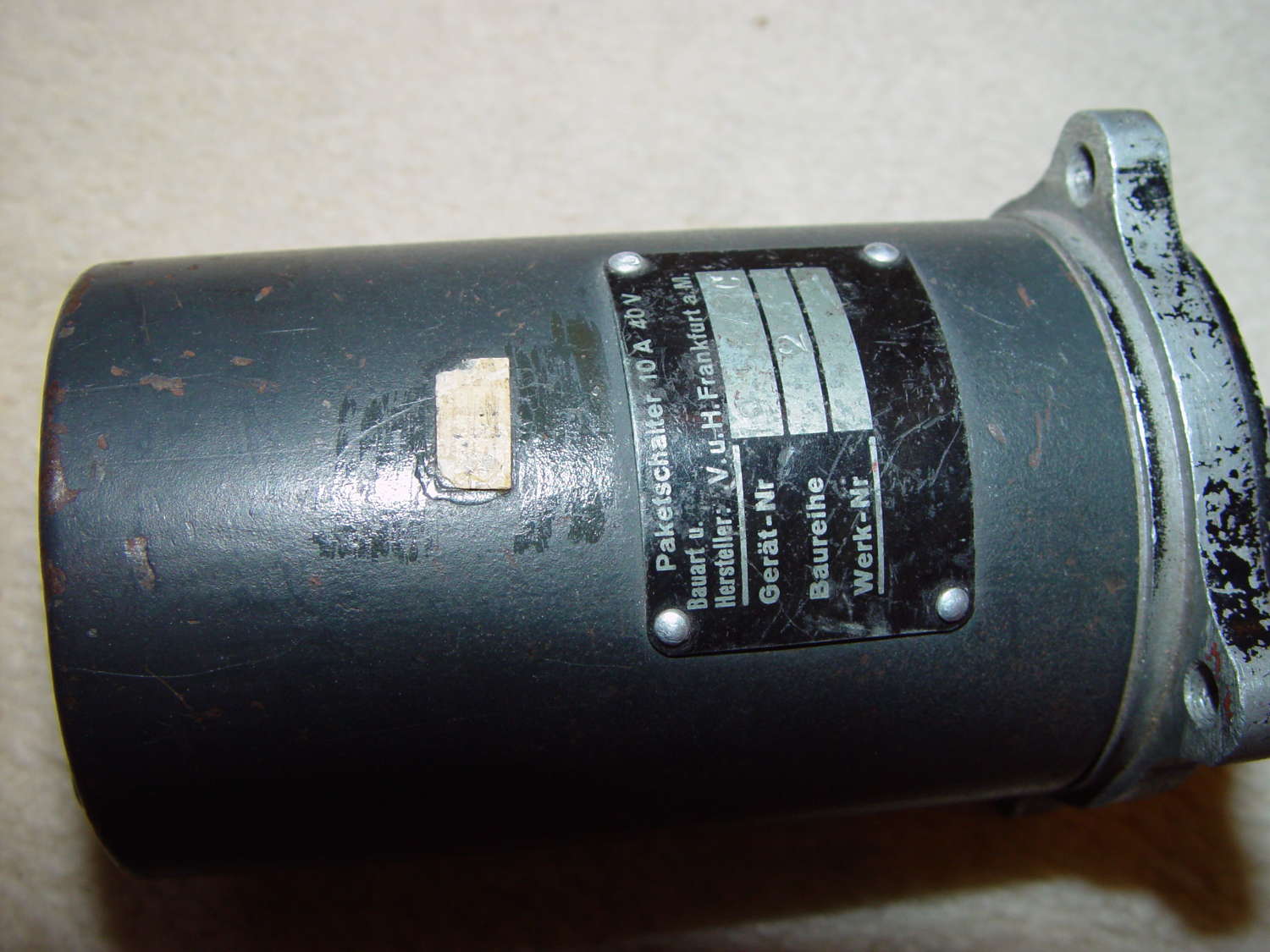 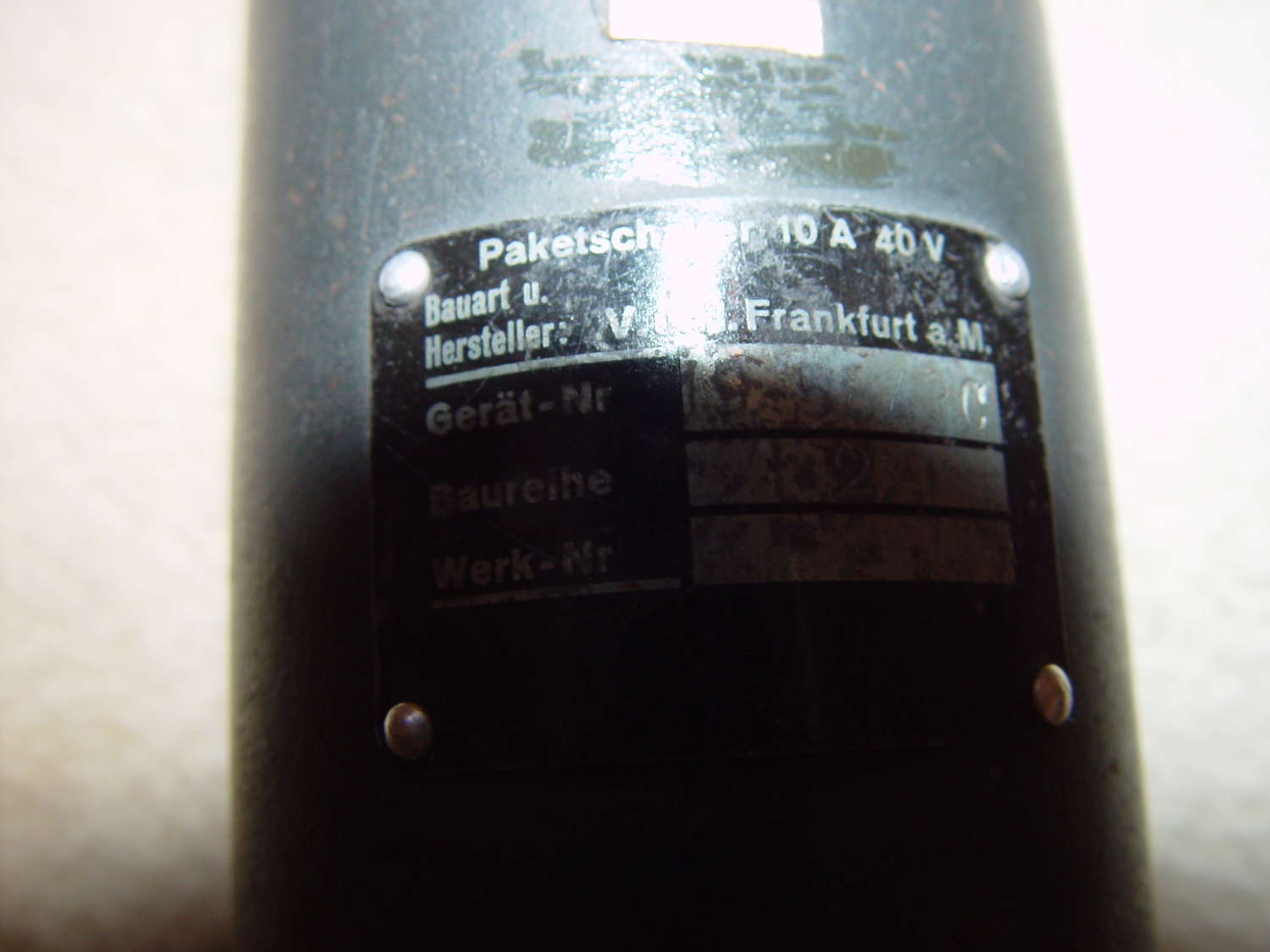 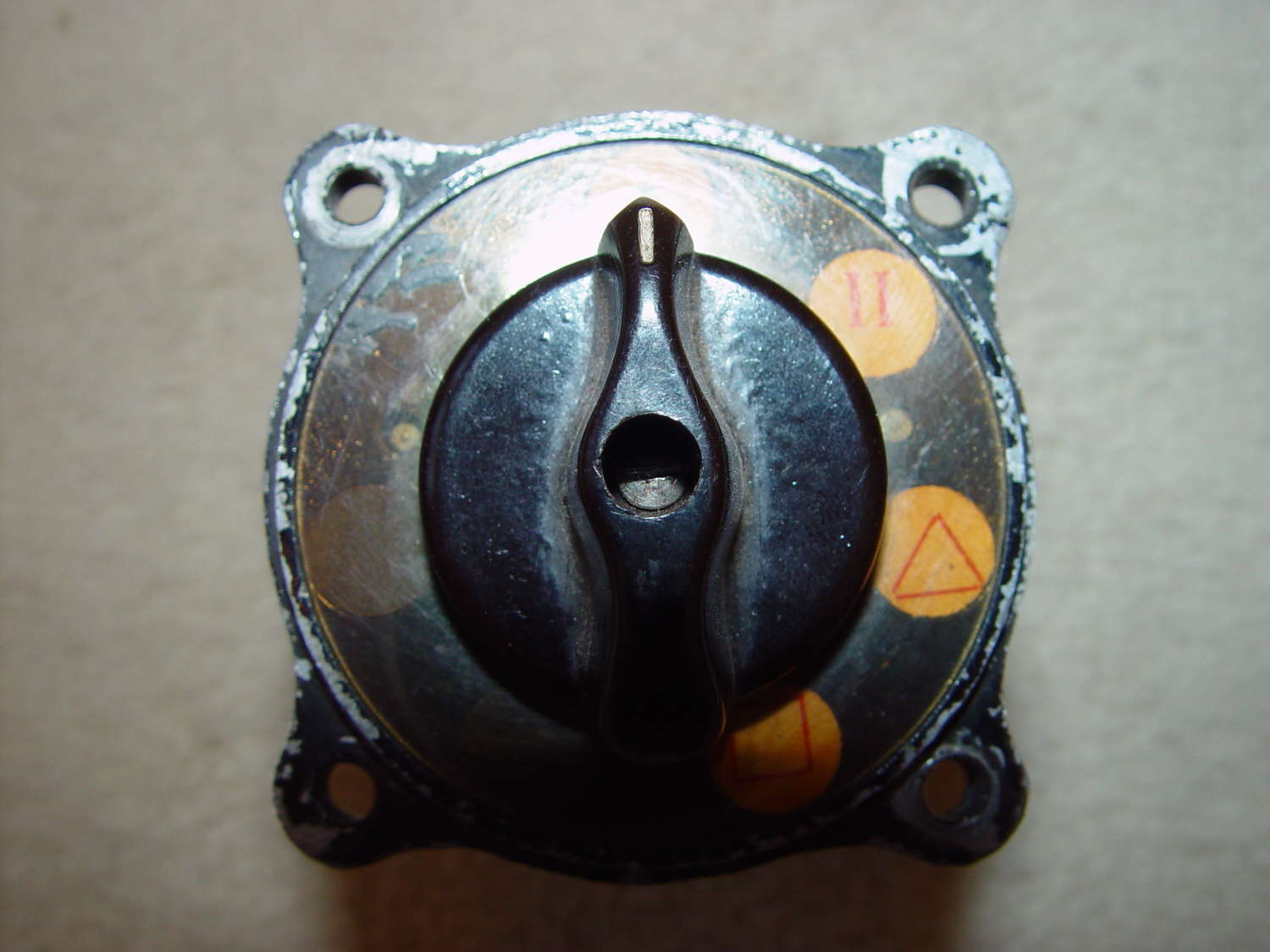 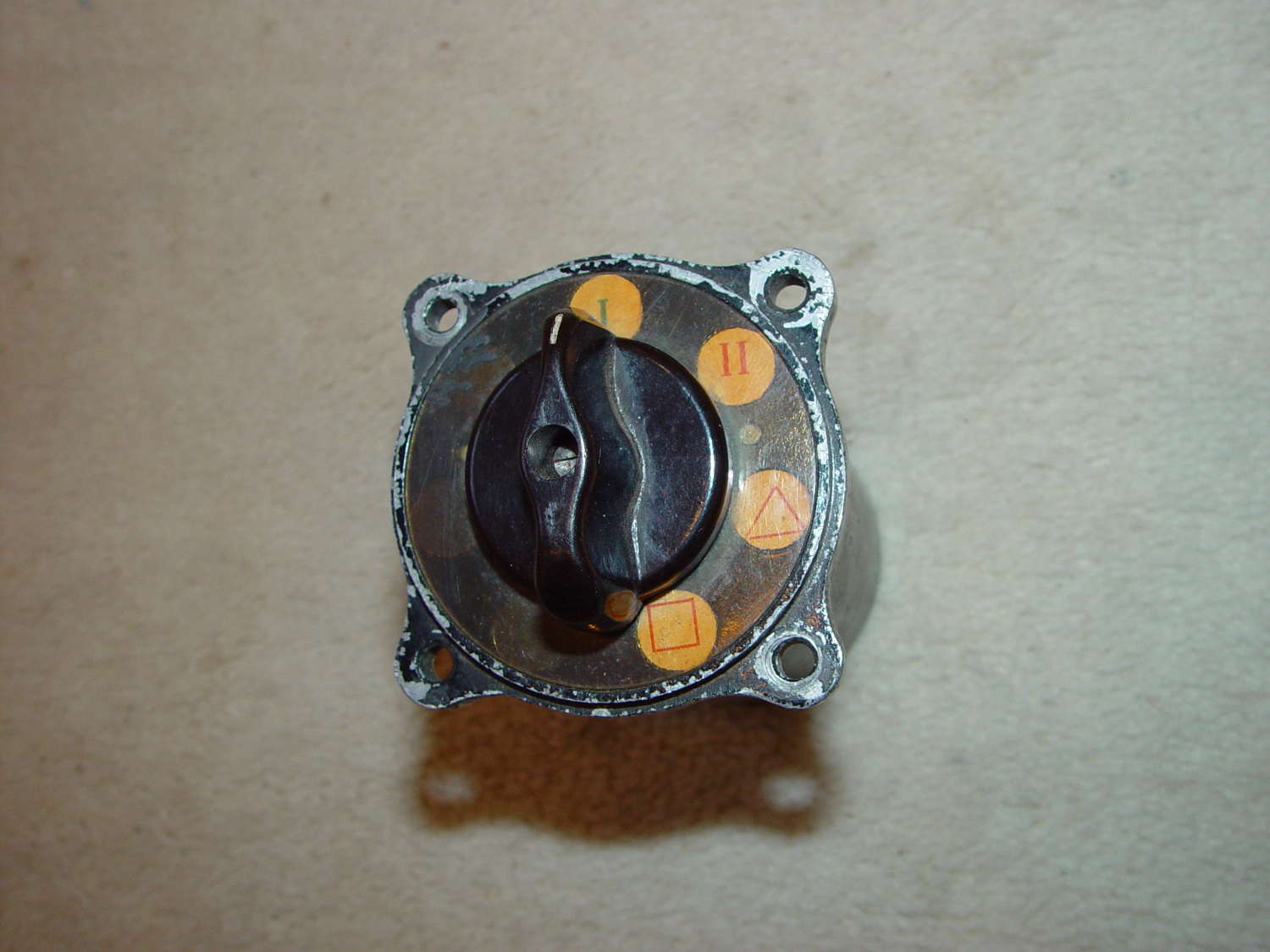