A postwar Dutch army officers tunic from General Major (then Kolonel) Theo van Besouw, commander of the "GardeRegiment Fuseliers Prinses Irene" from 1967 to 1969. Theo van Besouw escaped to England during WW2 and joined the "Prinses Irine Brigade" and had a long and distinctive carreer in the Dutch army. The tunic was given to my brother by van Besouw himself when he personally visited my brother who had shown an interest in the history of the Prinses Irene Brigade as a schoolboy. The tunic comes complete with invasion cord, medal bars and "Gouden Zon".  The tunic could do with dry cleaning but is otherwise in good condition. 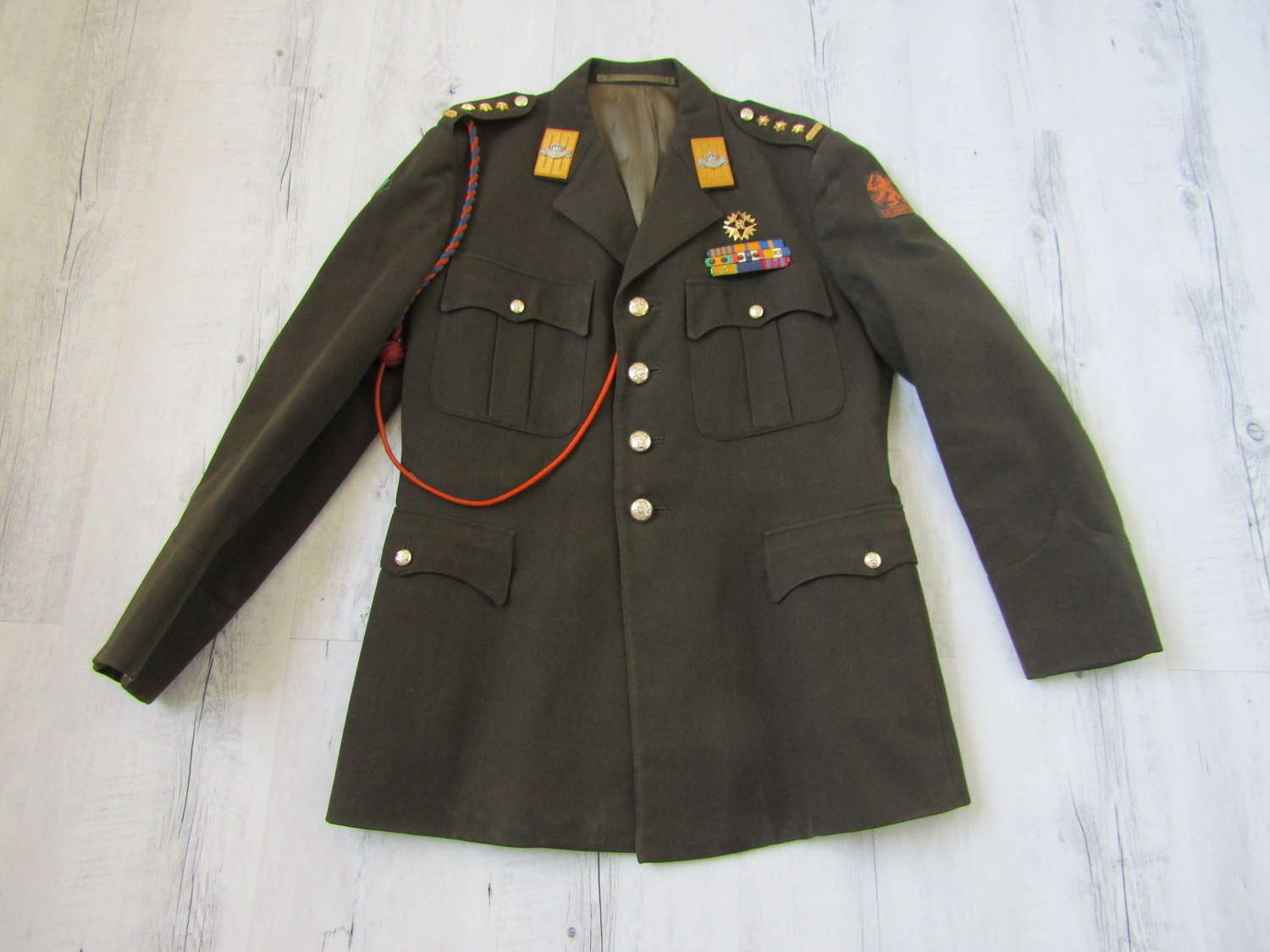 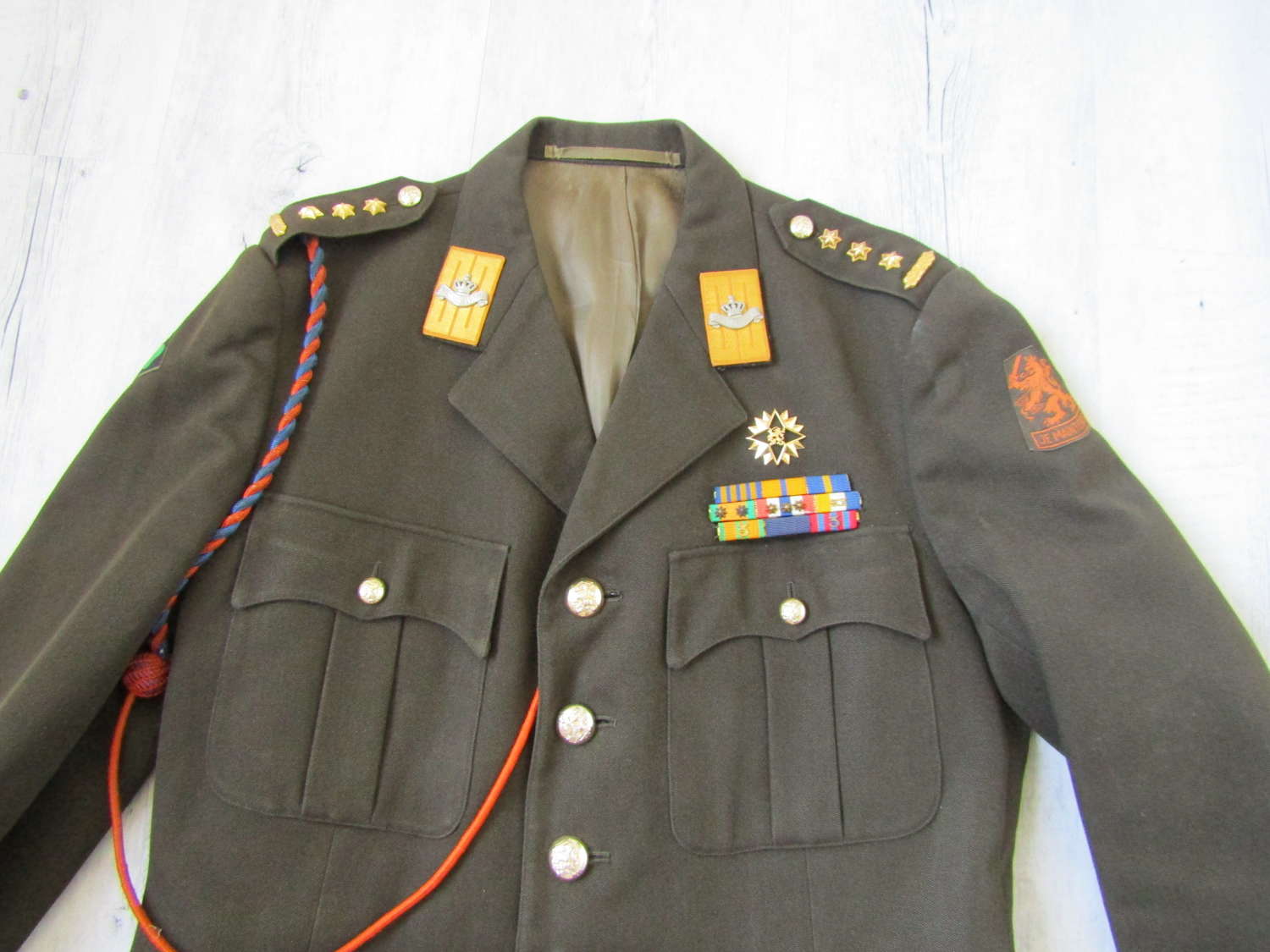 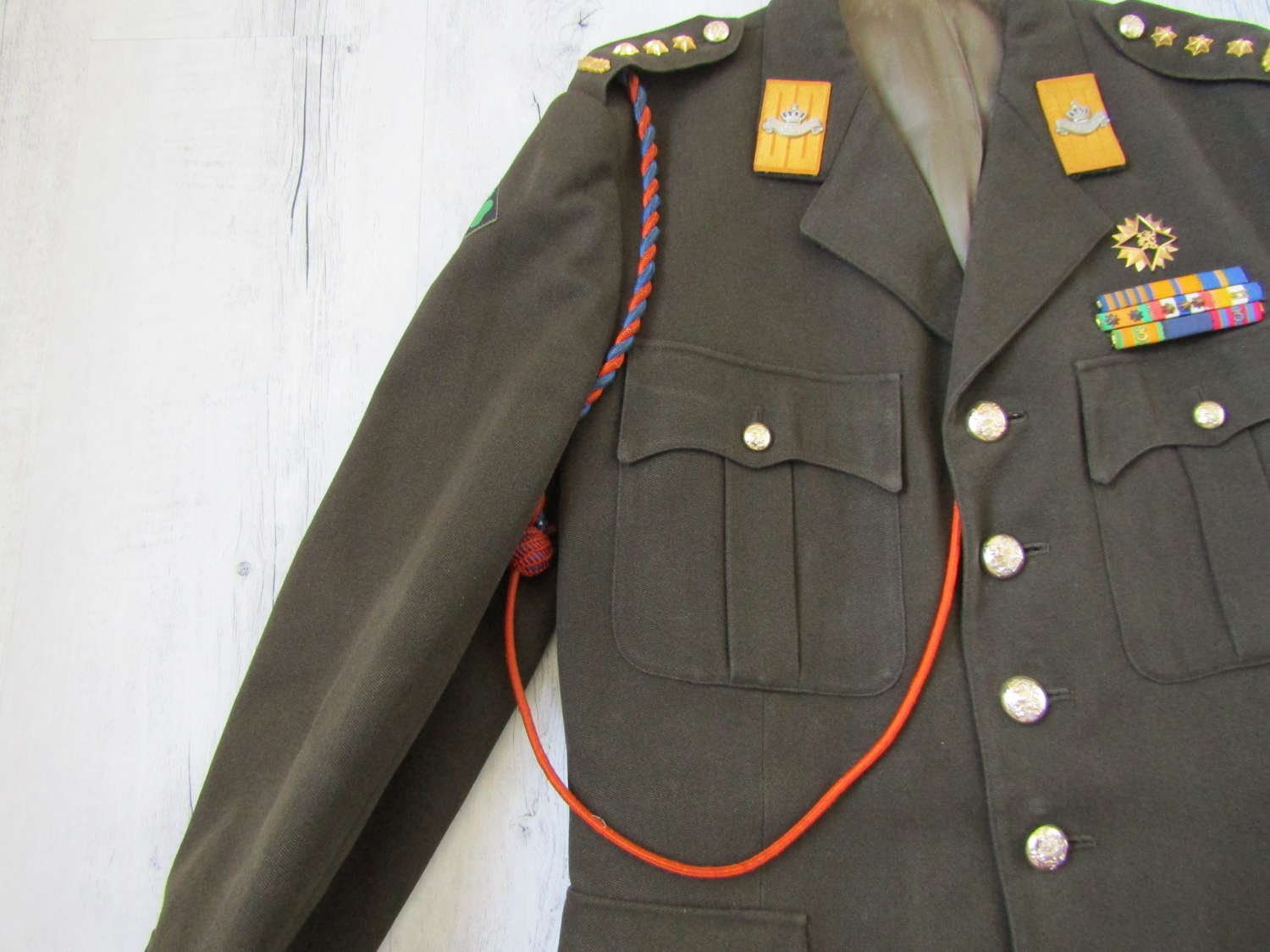 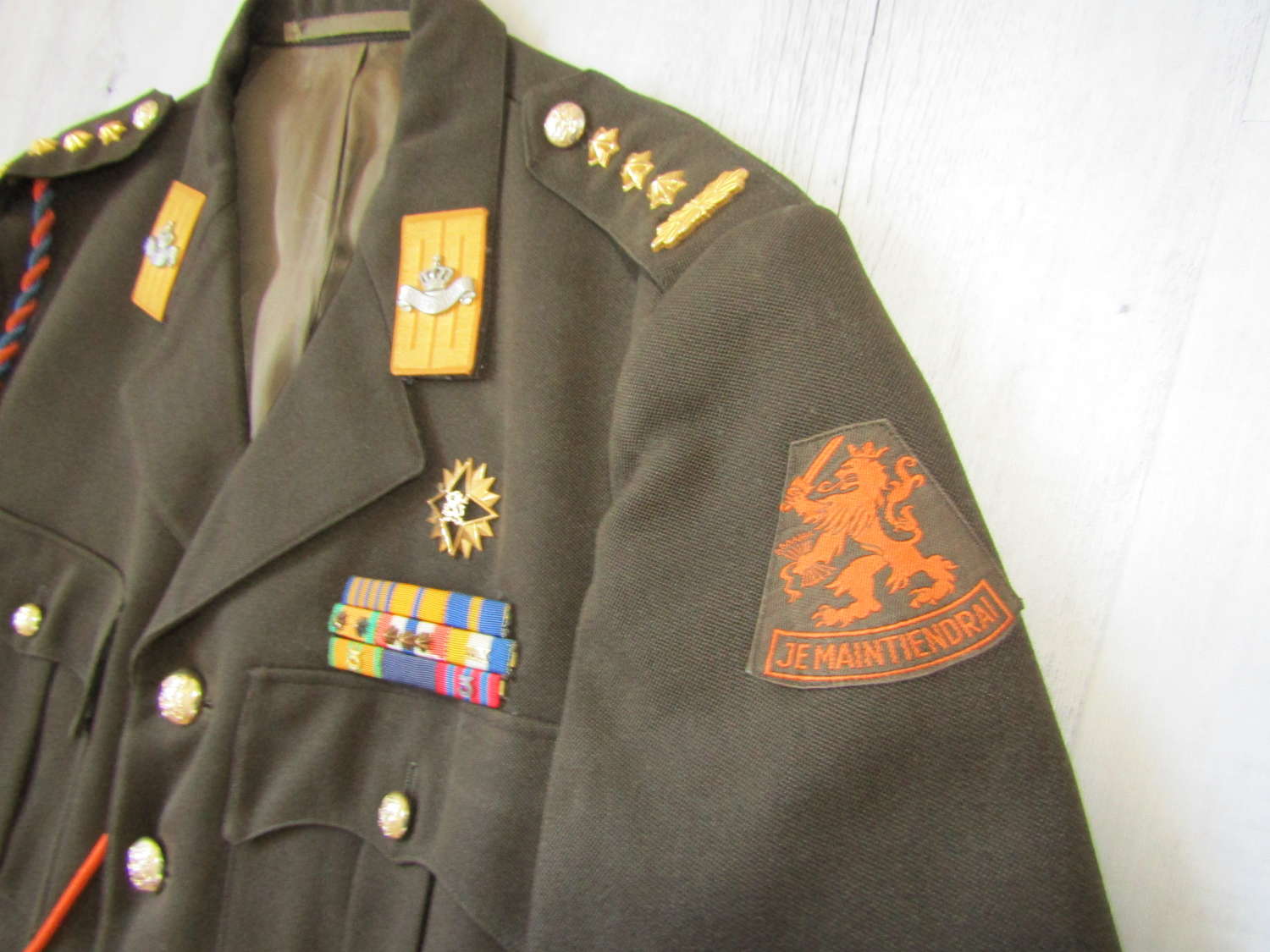 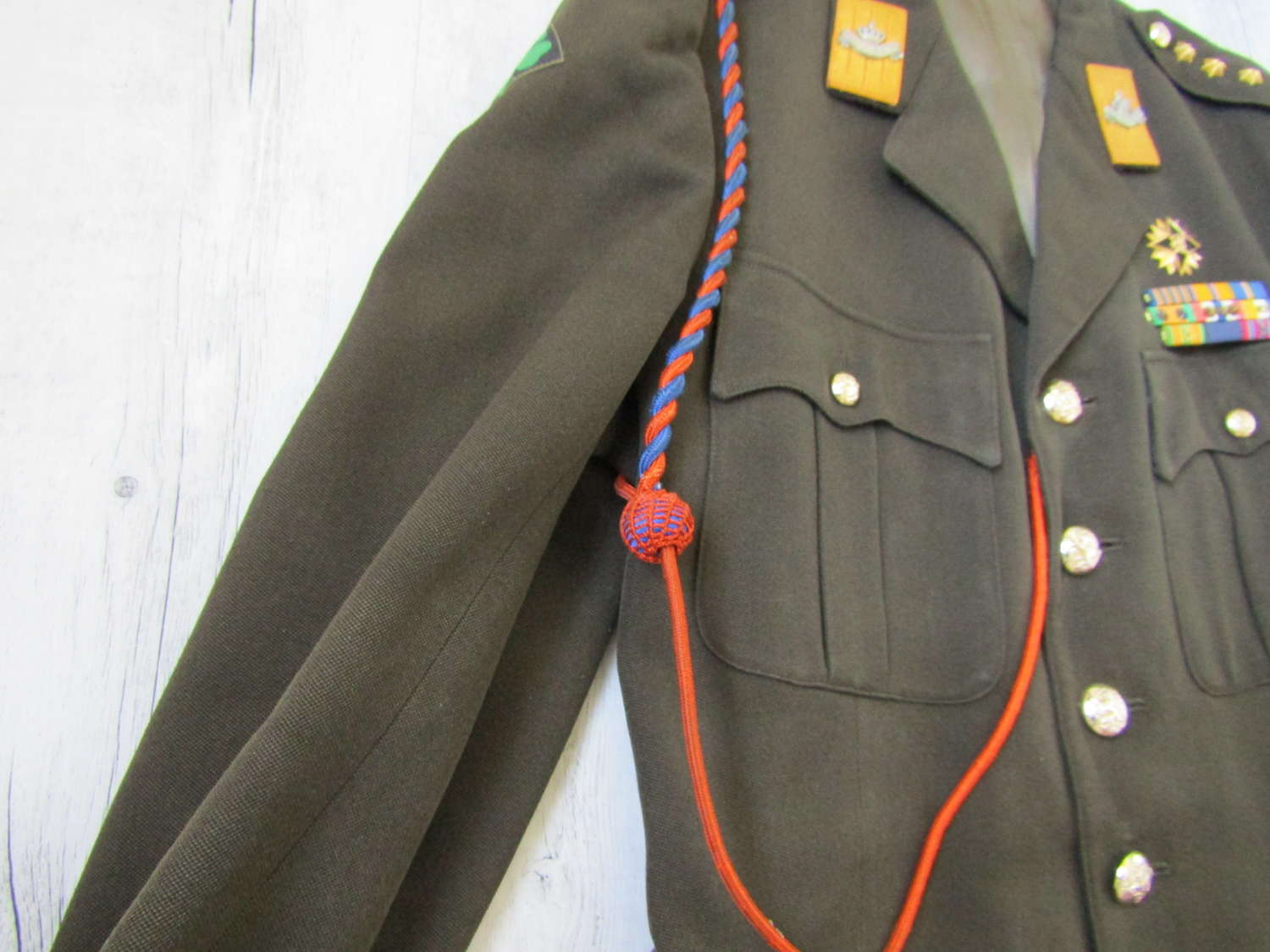 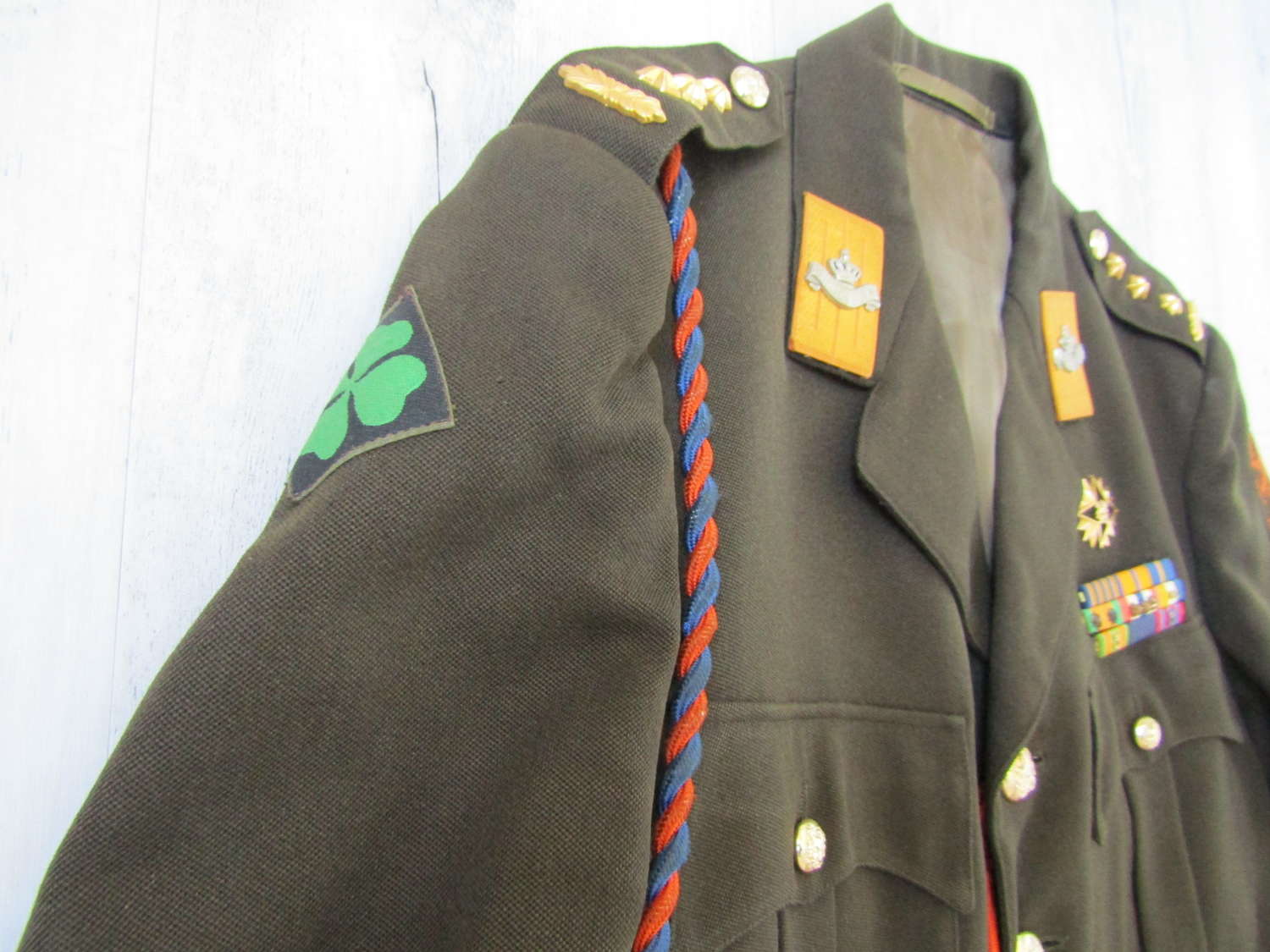