I received the following query from a member of the Wehrmacht Awards Forum:

If you happen to have one of these I would like some more photos of one. The ones I have simply do not show some of details I want to see. It would help to get pictures of the compartment that holds the door when it is in the stowed position. How does it attach to the bottom of the case? I would like to know more about the volt meter. Details of the meter face How big? Can you help? Also isn't there supposed to be a be a bag attached via a bracket that allows it to be removed?

I attached some photographs to illustrate the items. The insturment is quite unique in that it is mounted upside down compared to the norm, the scale is therefor also printed upside down. Sizewise it is standard size, the same as used on the Torn.E.b and many other radios.

The lid has a hooked end which stops it from slide out and getting lost. The "hook" fits around a U-shaped wire fixed to the radio casing; it is dimensioned in such a way that it also acts as a hinge when closing the front lid. The compartment itself is a U-shaped aluminium profile rivited to bottom of the main aluminium case. It also serves as the fixing point for the rear lid.

There was an accessory bag attached to the outer housing of the radio to hold the antenna and headset. Unfortunately I do not know of any original survivors of this bag;  a few copies have been made by and Austrian collector. There was also a wide canvas strap fed through the two brackets on the back of the casing, this allowed the radio to be tied around the waist when worn. Again no originals have survived so the details are unclear. 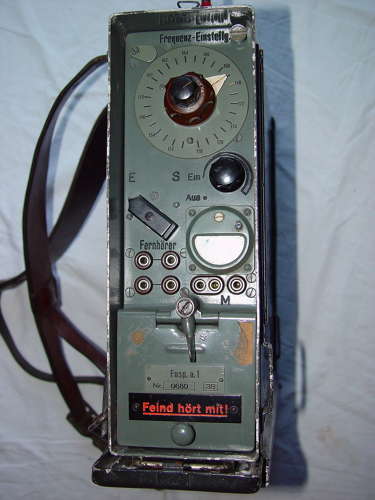 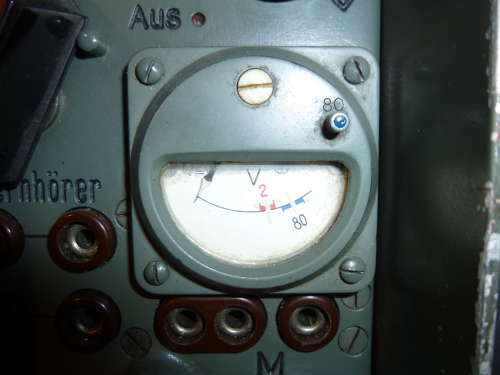 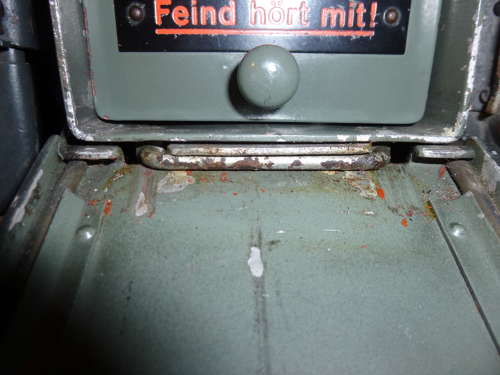 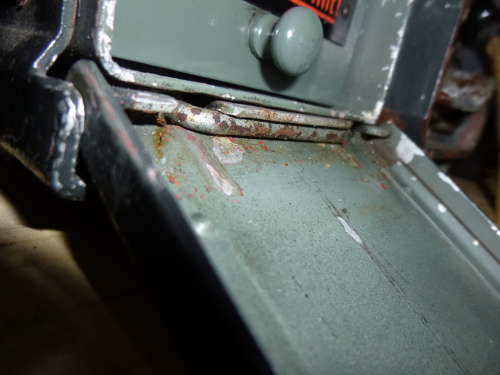 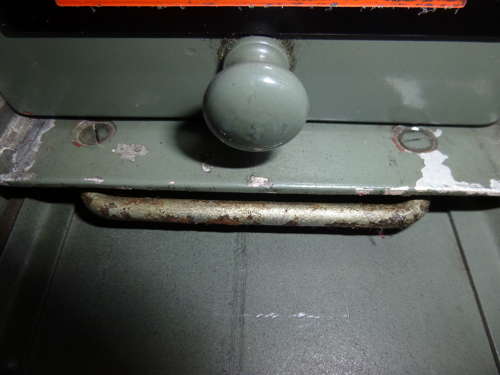 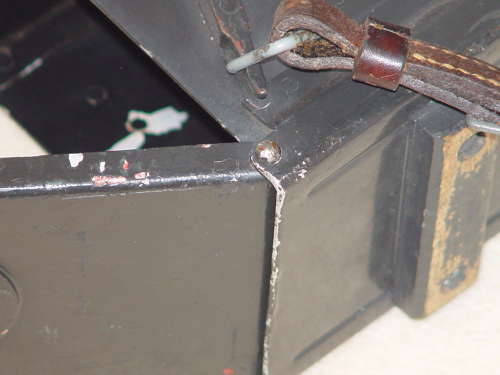 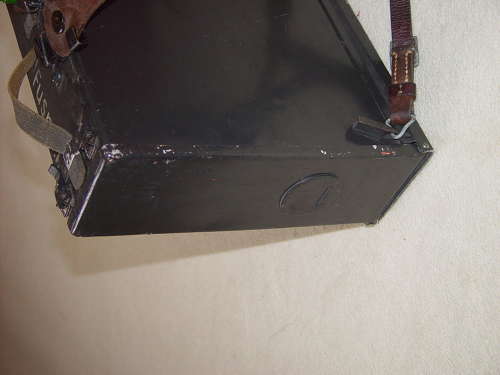 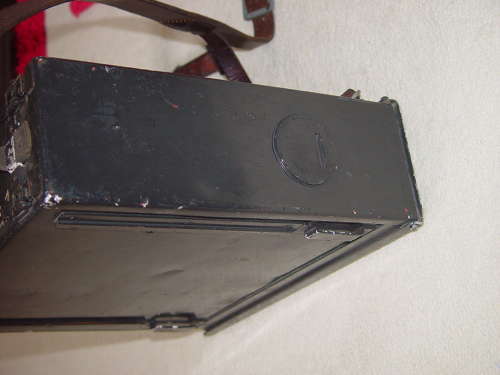