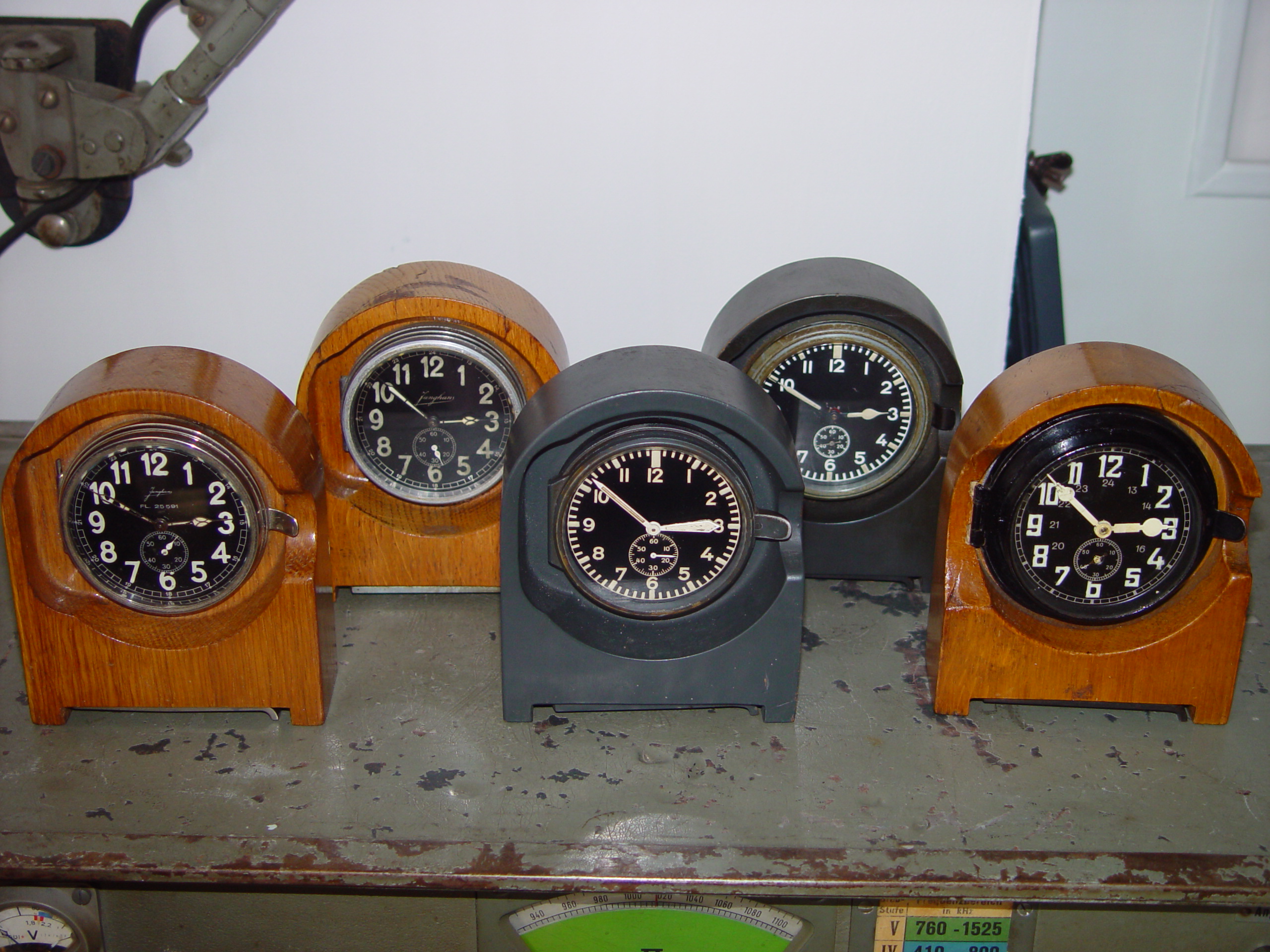 A guide showing the different types and manufacturers of Wehrmacht WW2 Station Clocks or "FunkerUhren". These clocks were used by the communications troops to keep accurate time for the entries into their communication logs. Most major radio posts and telephone exchanges had one of these available. Click on the picture to open the link. 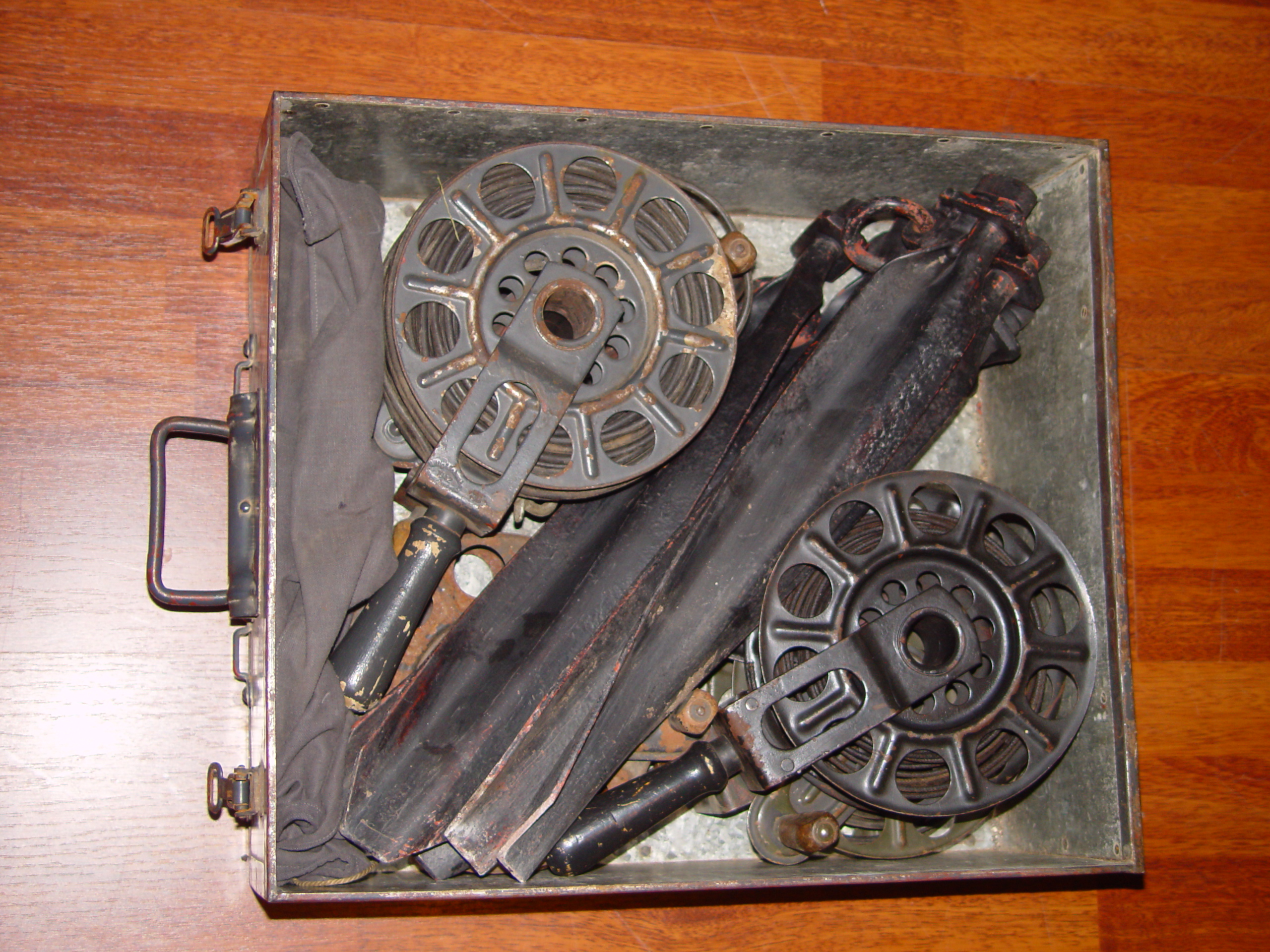 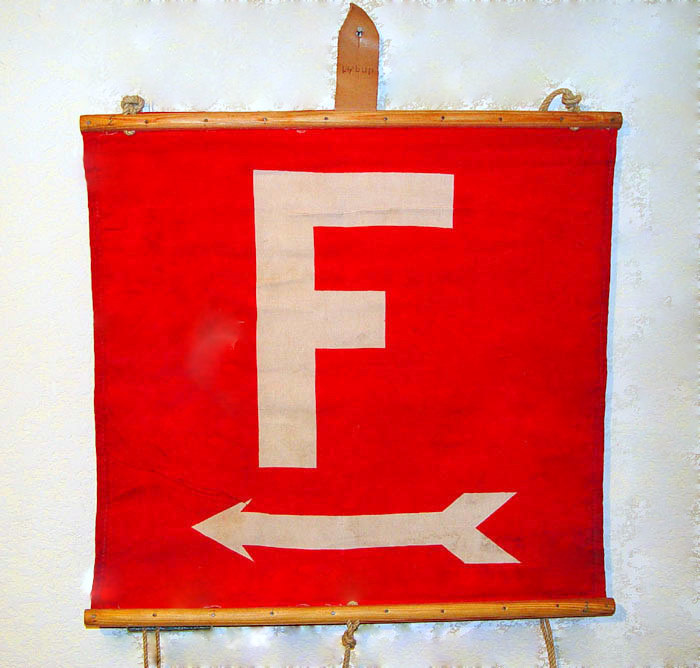 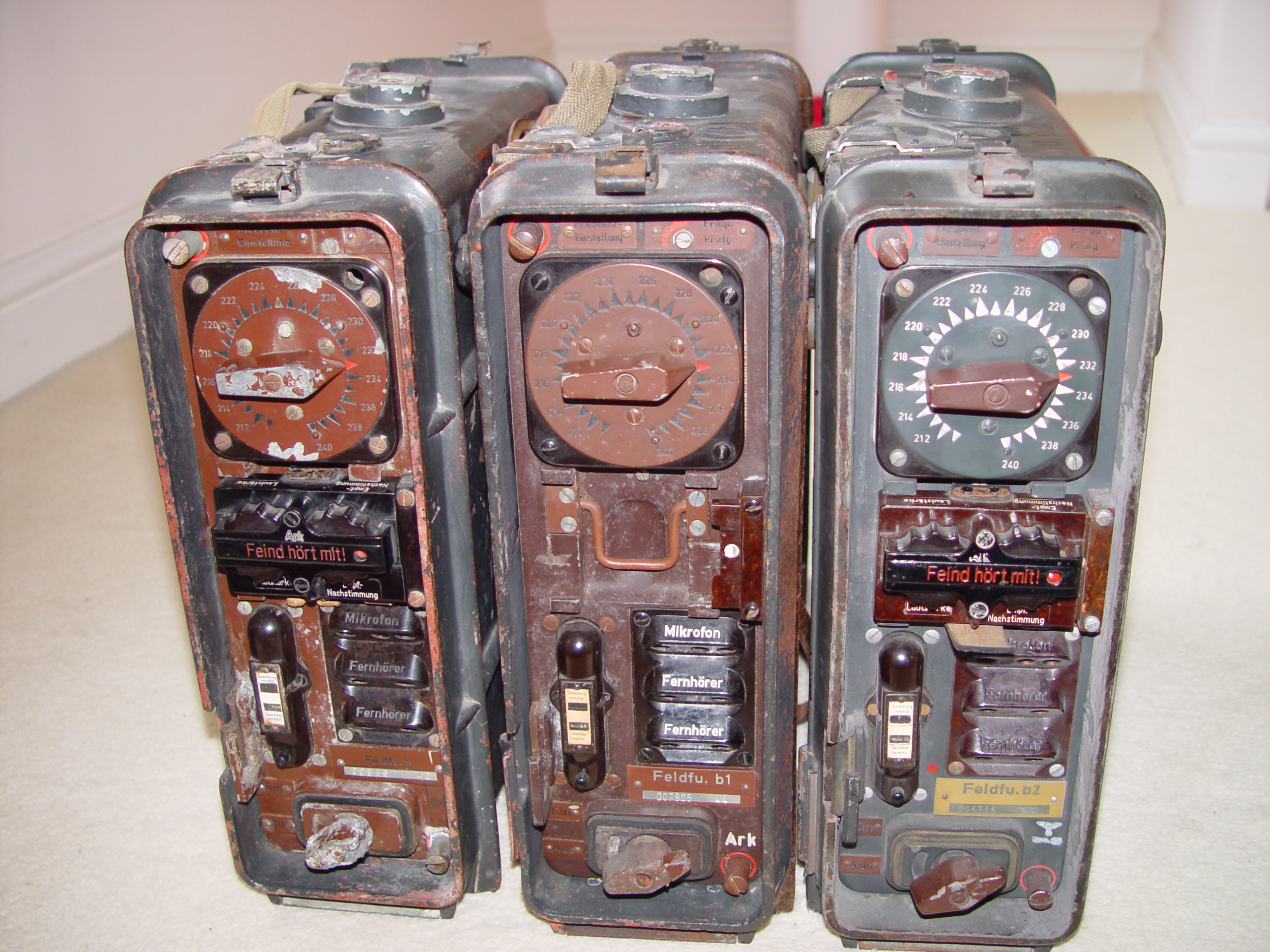 This book describes the German WW2 "Feldfunksprecher" radio telephones. The "Feldfunksprecher" was the most common type of two way radio used by the Wehrmacht with four being issued to each infantry company. This book gives a comprehensive description the different types of radio telephones, their accessories, their operation and how the equipment was worn by the German soldier. Click on the picture to open the link. 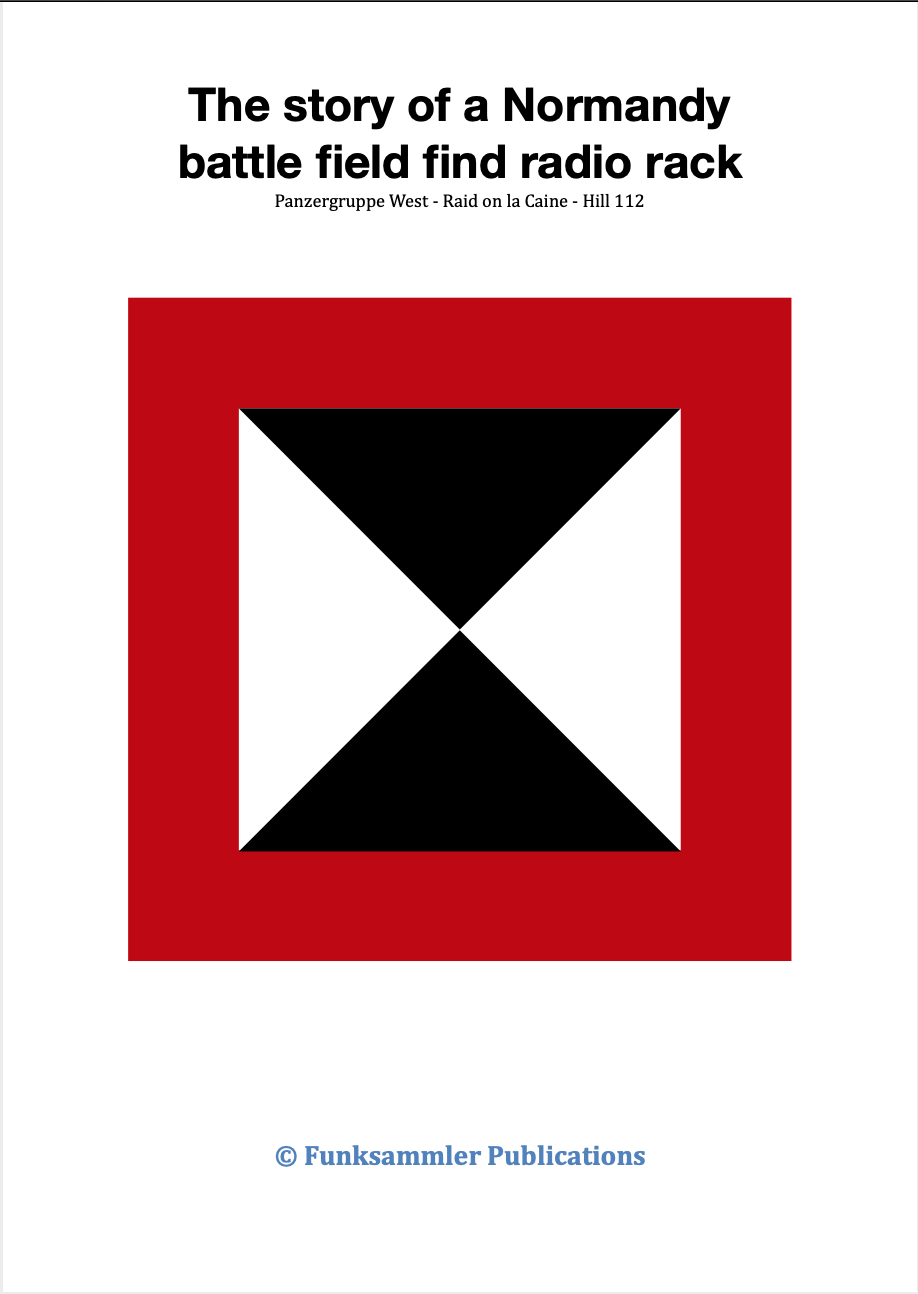 This file documents the discovery, analysis and restoration of a Normandy battle field find radio rack. The radio rack most likely came from a command halftrack belonging the HQ of Panzergruppe West commanded by General Geyr from Scheppenburg. This HQ was famously attacked in an air raid at la Caine, which led to the destruction of Geyr von Schweppenburgs command vehicle. Afterwards the discarded rack must have been recovered to shore up a dug out on Hill 112, where it was re-discovered more than 70 years later in an excavated bomb crater. 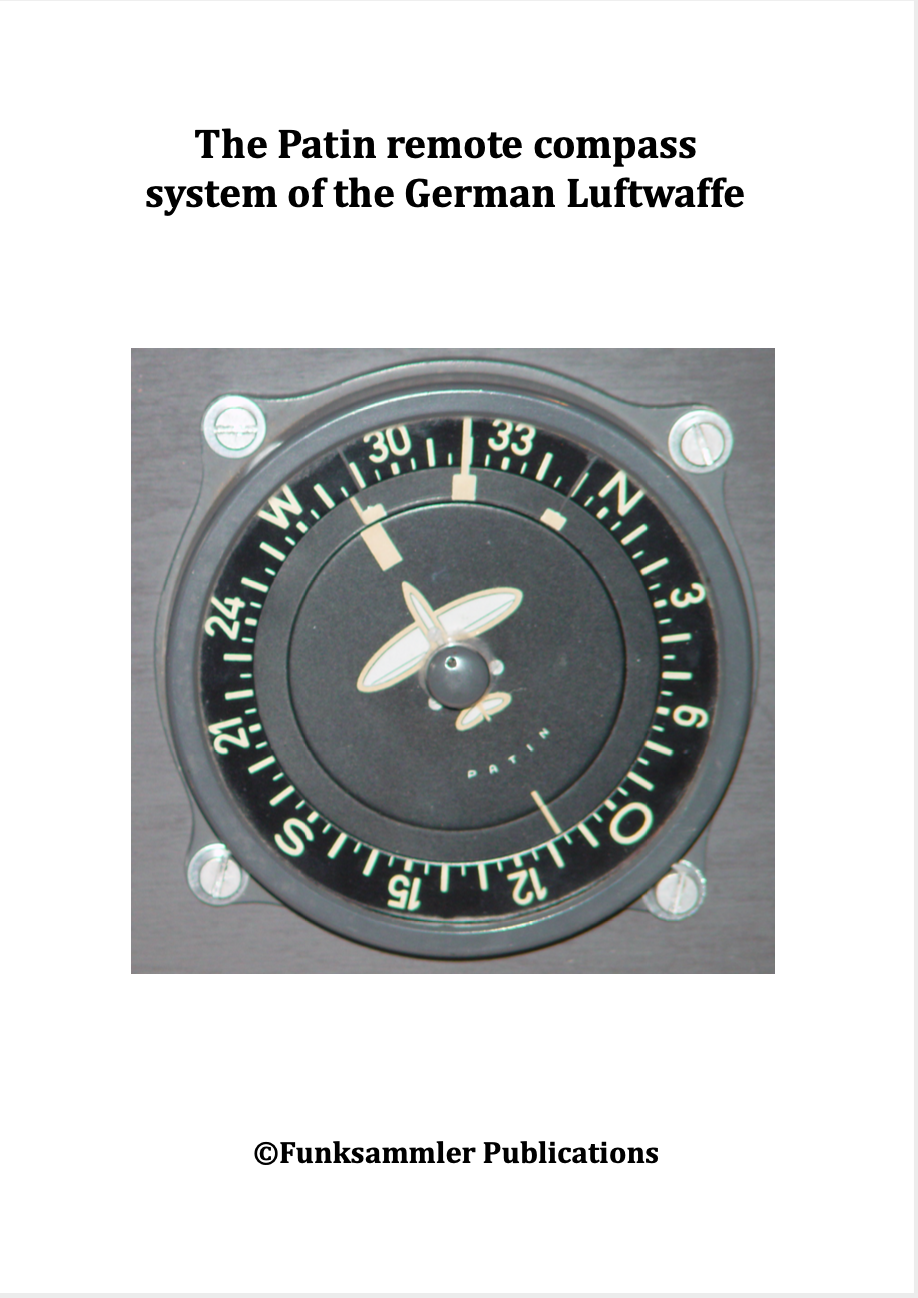 This document describes the "Patin" remote compass system which became the standard aircraft compass of the German Luftwaffe in WW2. It was found in all wartime fighters like the Bf109 and Fw190 and all larger aircraft from Do17 to He177. The document charts its history, design and operation and list all known Patin indicator subtypes. 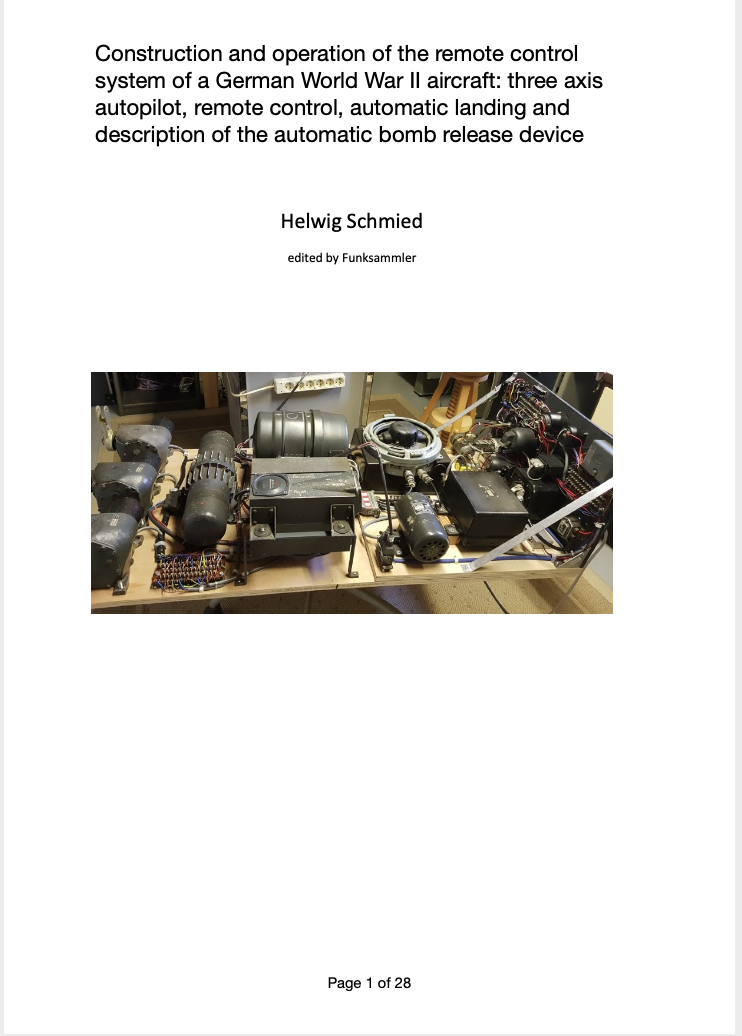 This document by fellow collector Helwig Schmied describes the restoration of a Patin PDS three axis autopilot and a number of automatic radio guidance systems: the system that couples "Y"-beam system to the autopilot; an automatic bomb release system using the "Y" system; the system that allows automatic alignment with an airfield or "Knickebein" Lorenz beam. 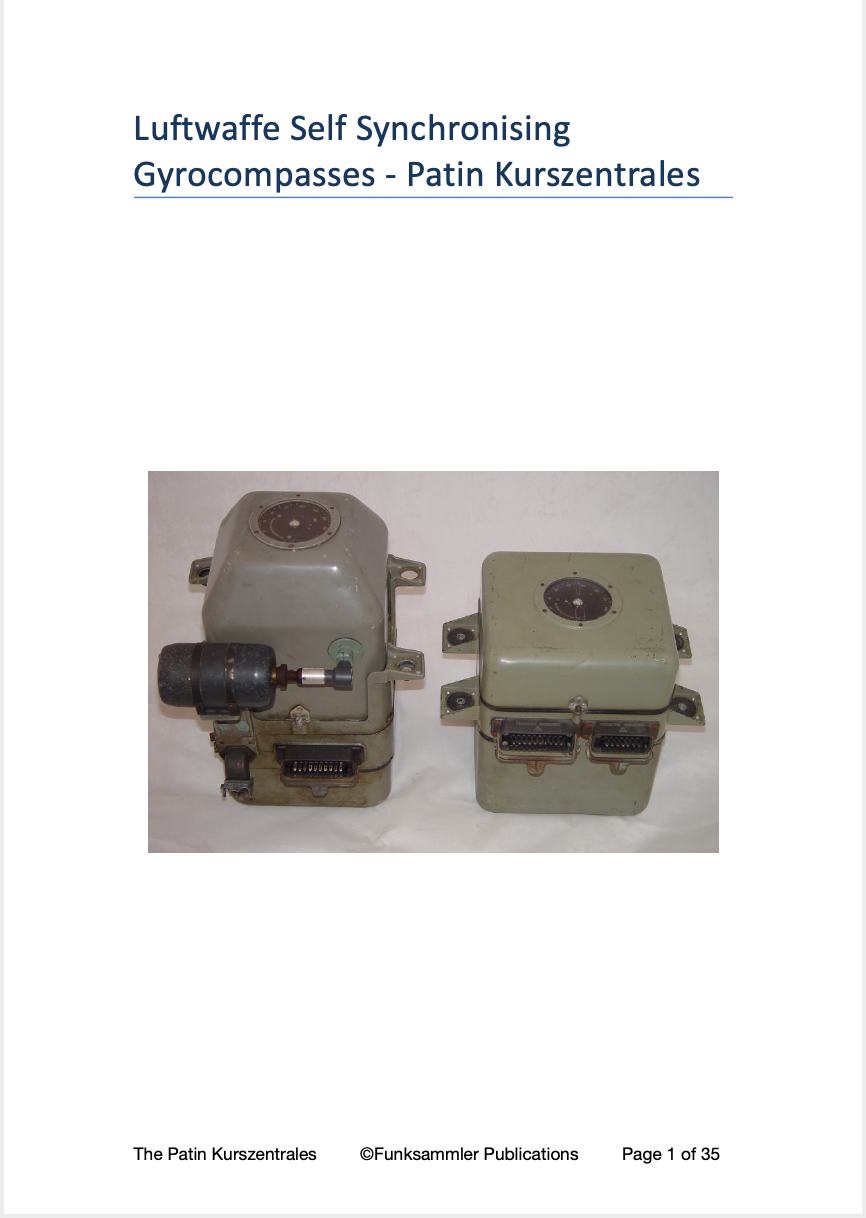 This document describes the self-synchronising gyro compasses used as part of autopilot systems by the Luftwaffe. The Patin "Kurszentrales" provided a stable directional signal for the autopilot and were self contained remotely operated units that could be placed in any convinient space in the aircraft. This was a particular benefit for smaller aircraft, where space on the instrument panel was at a premium. 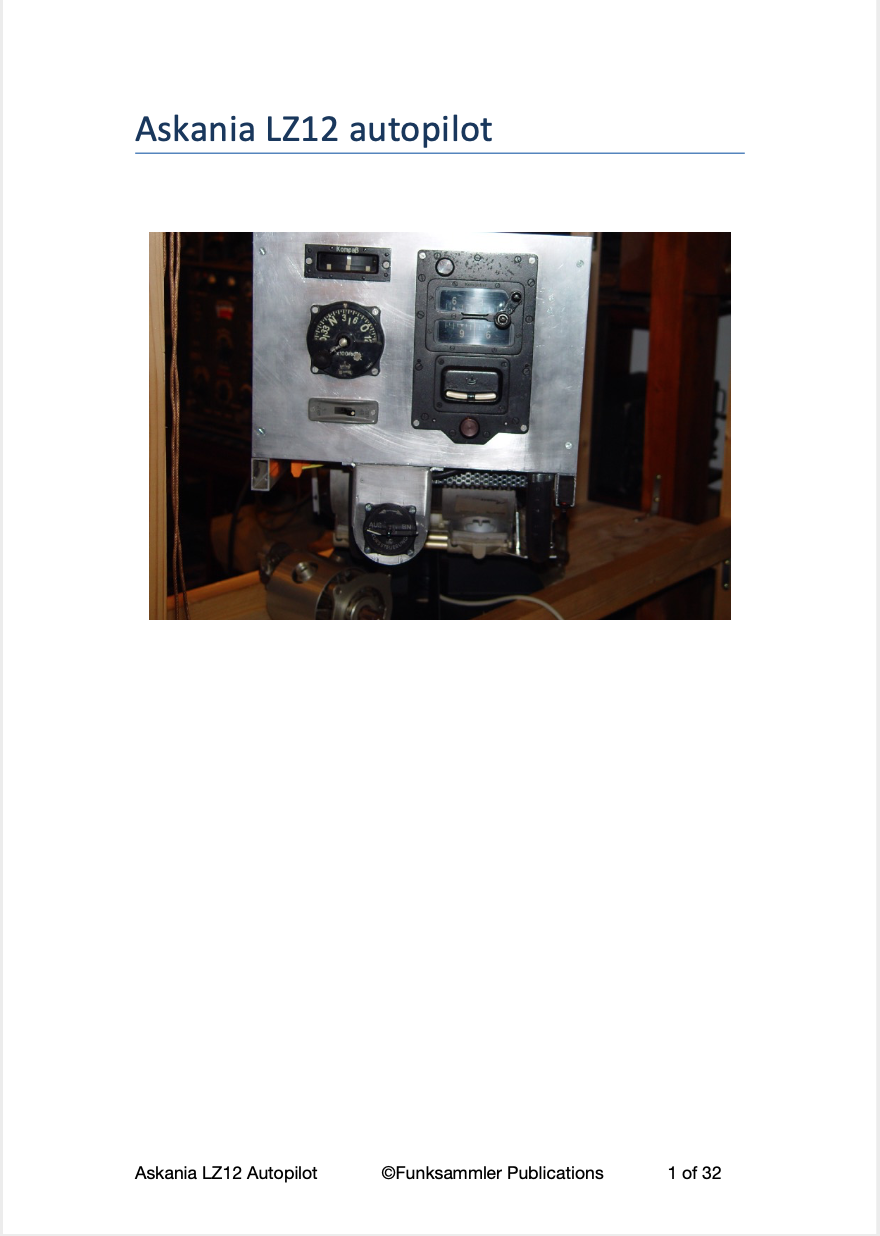 This document describes the Askania Lz12 "Kurssteuerung" autopilot. Developed in the 1930's, the Lz12 was a pneumatic system which saw service in early versions of the He111, Do17 and Ju52. Although replaced by more modern electro-hydraulic systems by the outbreak of war, the Lz12 remained in service well into the war, mainly in aircraft of the transport arm of the Luftwaffe 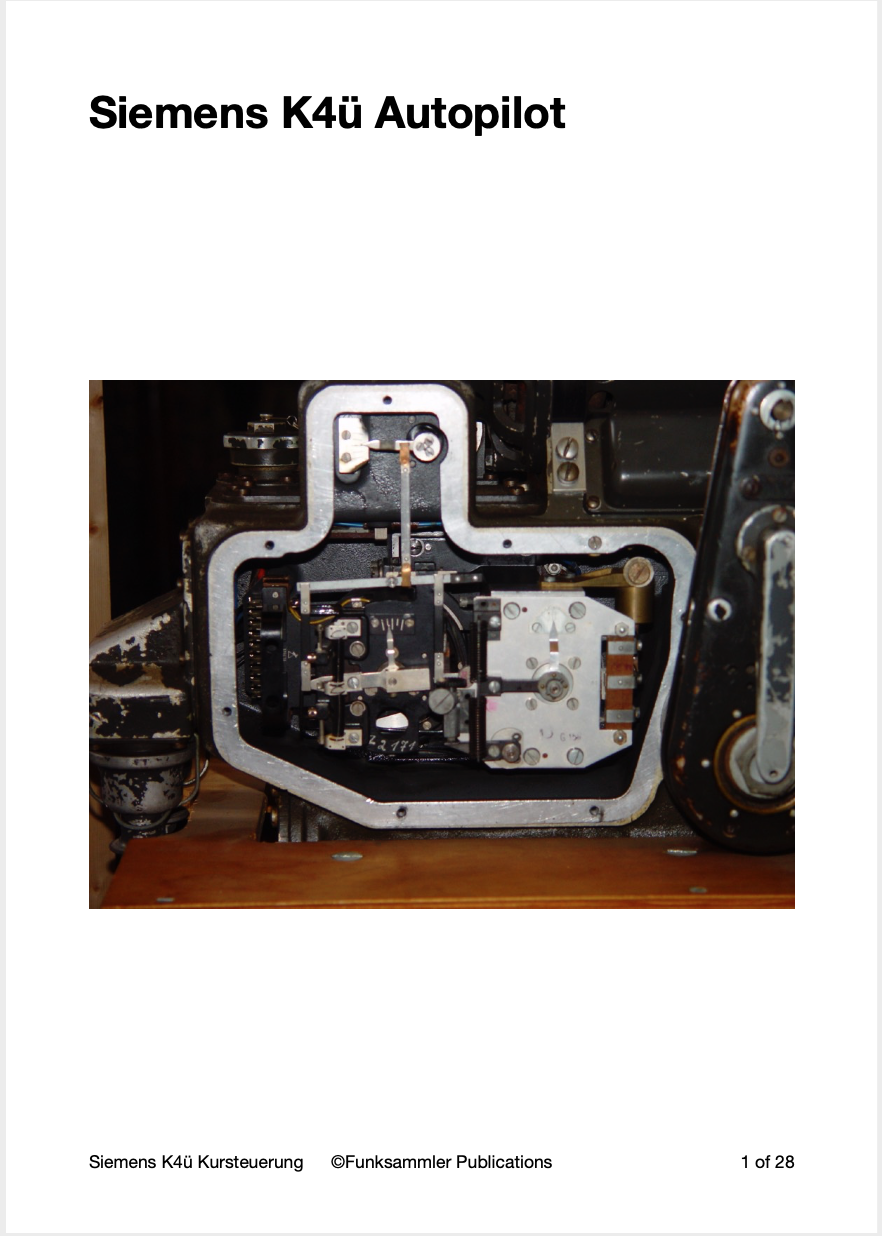 This document describes the Siemens K4ü "Kurssteuerung" autopilot. Developed just before the war, the K4ü was one of the most-used autopilot types used by the Luftwaffe and was applied in aircraft like the Me110, He111, Ju88, Do17 and many other types. The K4ü was a electro-hydraulic system; the main unit incorporated the rudder servo with the rate gyro and signal adding mechanism. 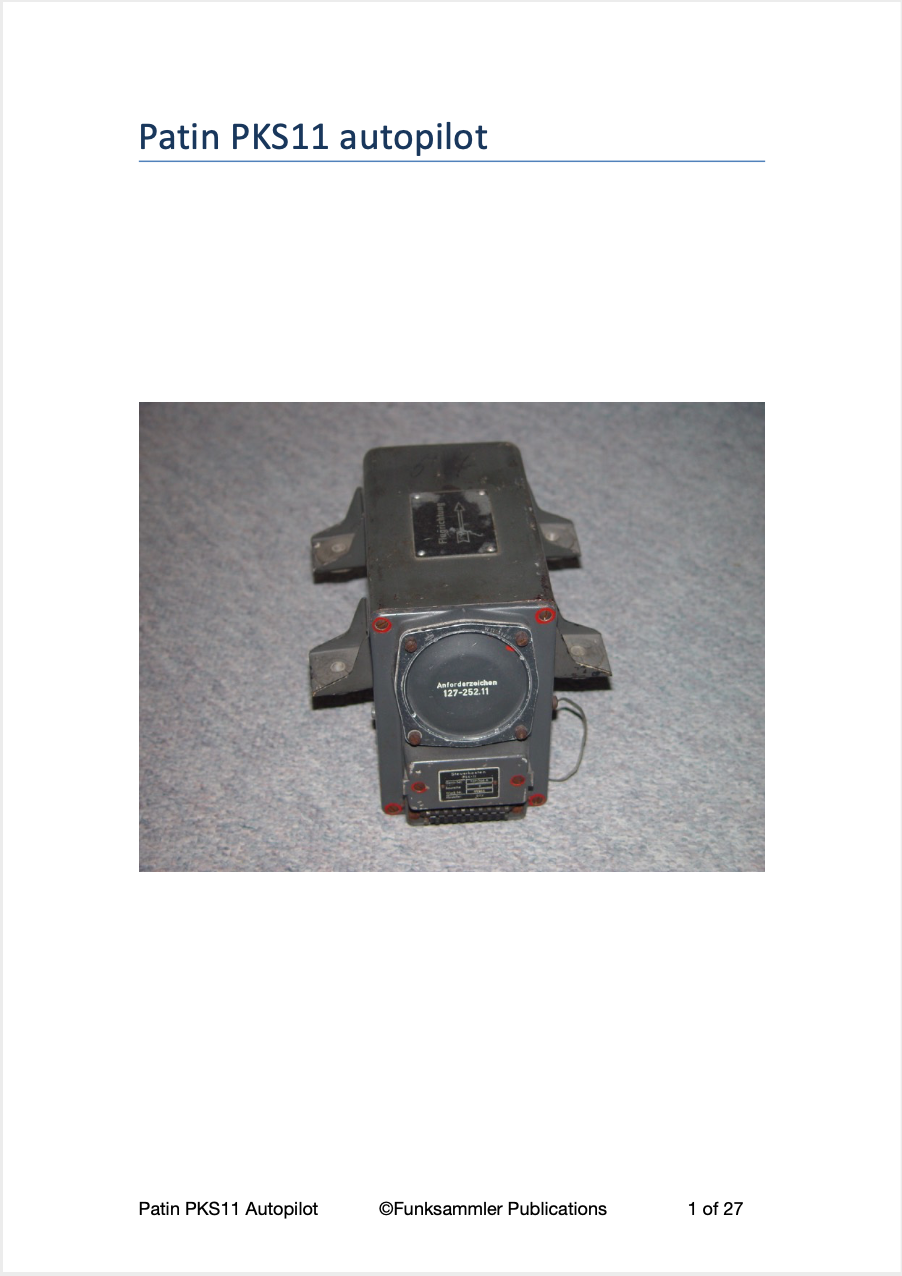 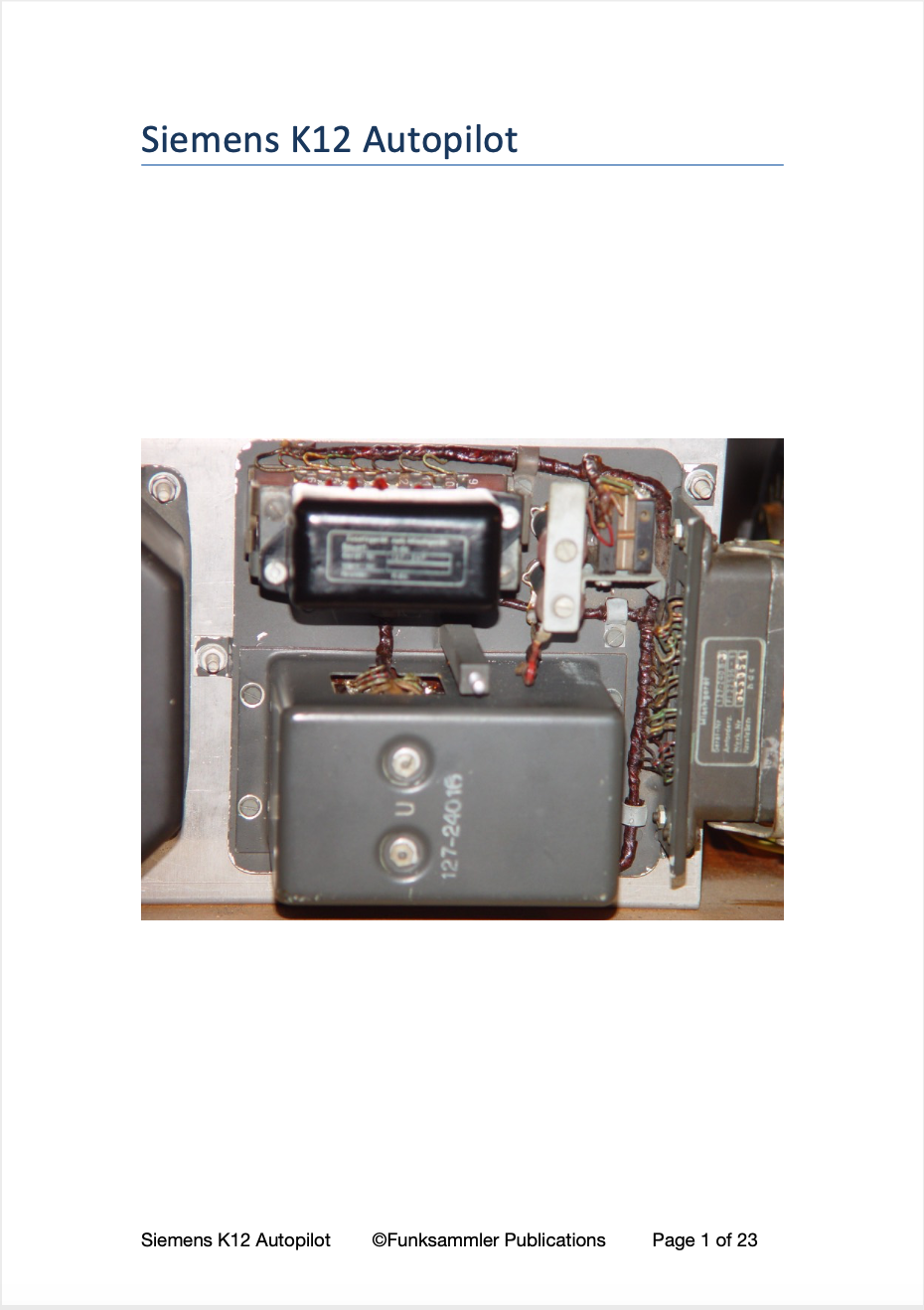 This document describes the Siemens K12 "Kurssteuerung" autopilot. A further development of K4ü, it did away with some of the limitations of the earlier system. With the rate gyro separated from the rudder servo, a new method of signal mixing had to be devised for which Siemens designed a magnetic mixing unit. The K12 was applied in the He217 while parts of the system were used as rudder assistance in the Me323 "Gigant". The system (minus damping gyroscope) was also used by the Kriegsmarine in Midget submarines like the "Seehund". 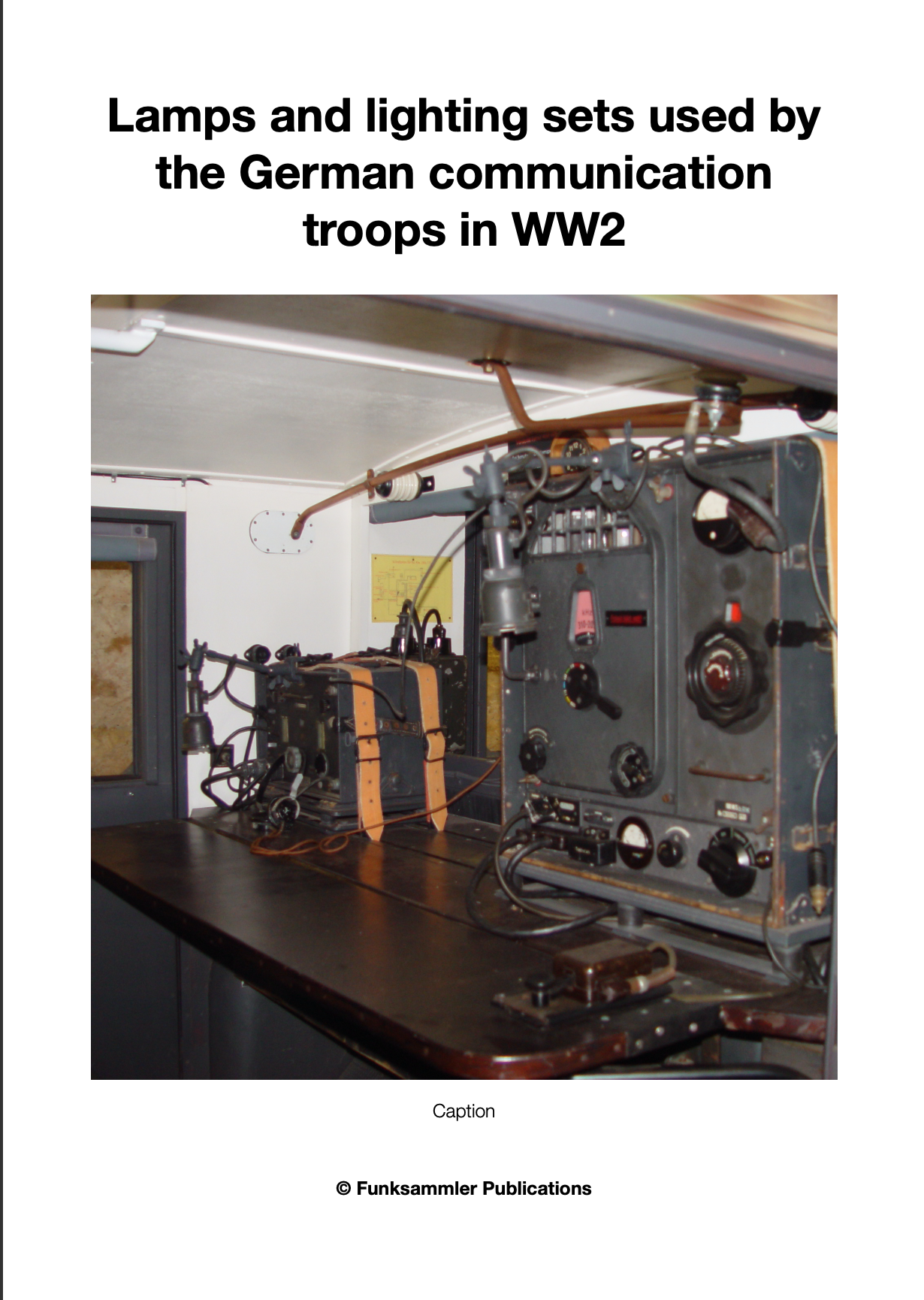 A guide to the lamps and lighting systems used by the German communication troop to light up their work areas in vehicles, tents, dugouts and other accomodation.